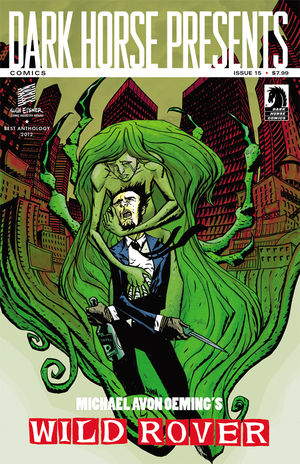 Slight correction to that last post about my three-part comics story The Girl With The Keyhole Eyes; I had thought the first installment would appear in Issue #15 of Dark Horse Presents in September, but actually it appeared in Issue #15, which came out a few days ago. Hopefully your local comics retailer still has some copies left.

David Chelsea is reading:
The Passage of Power: The Years of Lyndon Johnson
by Robert A. Caro

The second installment will appear in Dark Horse Presents #16 this September.