Nowadays, Eve & I send a Holiday Letter with a summary of the years’ events to the dwindling number of our friends who aren’t already well aware of our doings through Facebook, but in years past we used to send cards I illustrated, often featuring our cat Sophia. Twice, I got more ambitious and created 360 panoramas in icosahedral perspective on cards which were meant to fold up into Christmas ornaments.


To create the drawing, I actually built a model icosahedron out of plastic tubing and sat inside with my eye as close as possible to the geometric center, drawing twenty triangular views which would link up to form the scene.

Sophia made it into this one:

By 2002, Eve and I had moved to Portland, our children Ben and Rebecca were born, and I had a computer. The second icosahedron reflects all these changes.

First, I made six square drawings, one for each of of the cardinal directions, plus up and down, then added flat color on the computer.

I built a virtual cube in Lightwave, a 3D animation program, and projected my drawings on its sides. I then placed my virtual camera inside an open icosahedron model at the geometric center of the cube and pointed it in twenty directions to create renderings for each of the twenty faces of the icosahedron. 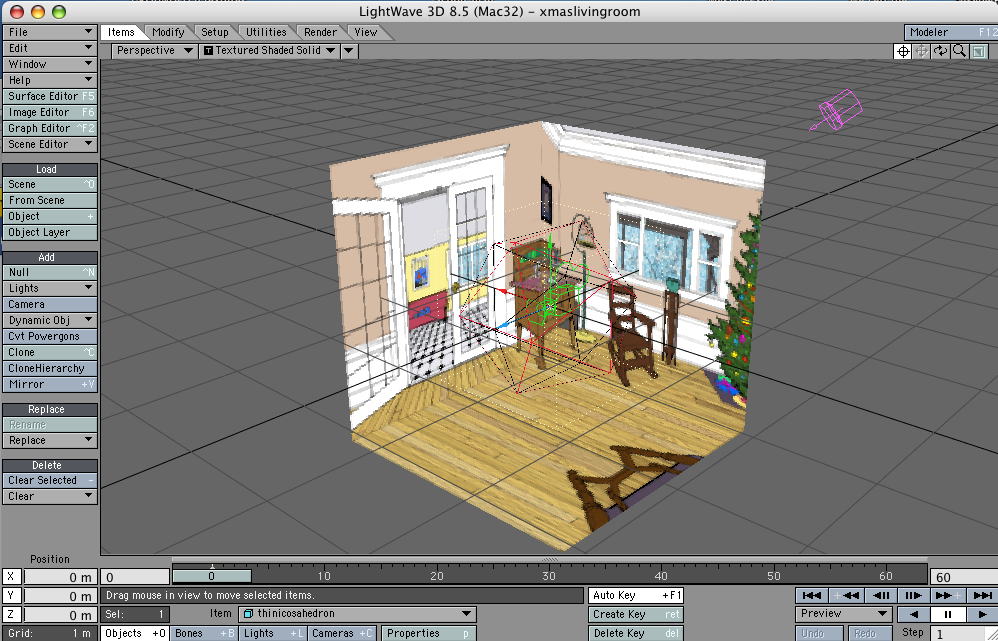 Once I had all the renderings done, I combined all twenty central triangles into one big drawing to form the model. An elaborate procedure, to be sure, but less work than creating twenty separate drawings.

There was one additional complication. Instead of a simple model to be assembled with tabs and glue, I sent 2002’s card in the form of a plaited model to be braided together,

which necessitated this page of instructions:

You can view both cards big at Flickr here and here. You can even print the images out, and (with some assembly) hang them on your tree.

I have also adapted both cards into equirectangular panoramas which can be viewed immersively here and here.