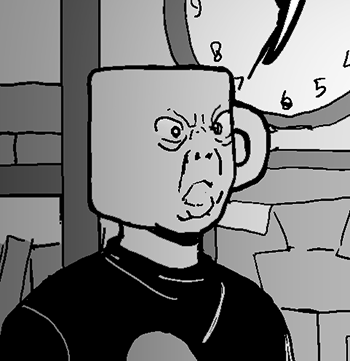 David Chelsea Is Reading:
The Art of Forgery: The Minds, Motives and Methods of the Master Forgers
by Noah Charney


Once again, it’s time for another two-page installment of my new webcomic, ARE YOU BEING WATCHED?, which I have been serializing on the reader-supported site Patreon. Part Five concludes an expositional scene set in the devil’s office. Mugg, the protagonist, is setting his “safe face”, which he can use to take himself out of any scene that is taking a turn he doesn’t like. Mugg picks a “Gookie”, a funny face that was originated by the silent Marx Brother, Harpo:

(Harpo Marx on the origin of  “The Gookie”)

In the original 24 hour comic version of this story (which is also on Patreon: Part One. Part Two. ), Mugg “blows a raspberry” to end a scene- this comes from the Peter Cook and Dudley Moore movie BEDAZZLED, from which I also borrowed the basic story (which, in turn, is an adaptation of the Faust legend). On this second go-round, I decided to go with a funny face, partly because it’s more visual, partly to remove it a bit from BEDAZZLED, and partly in homage to another classic comedy team. 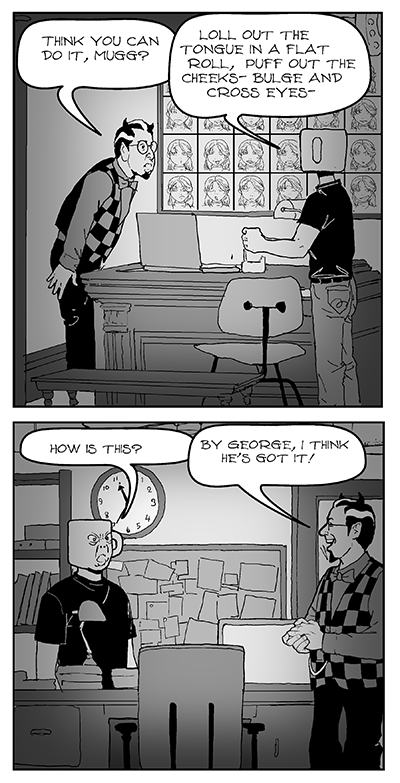 The adventures riffing on popular Reality TV shows start very soon, but first Mugg goes on a side trip to test out the efficacy of his Gookie Face. Next week: The Old West! 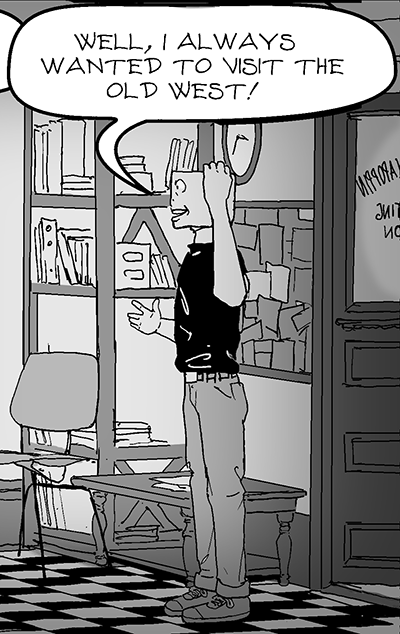