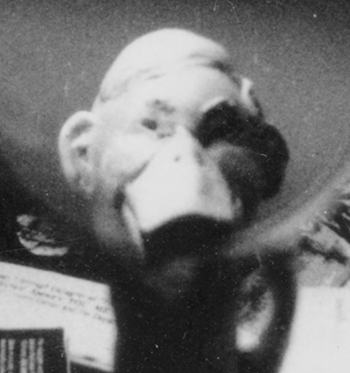 Donald Trump continues to lead the polls, but responsible pundits keep telling us that his moment in the sun can’t last, and that Republican voters will eventually come to their senses, so I figure that I had better get this post up posthaste.


My memory is that I was constantly drawing Donald Trump during the years I illustrated the New York Observer’s Eight Day Week column, from 1995 to 2008, but in fact I was only able to find three examples in my archives. What the items they illustrated were about is anyone’s guess, but the second probably dates from one of Trump’s periodic bankruptcies: 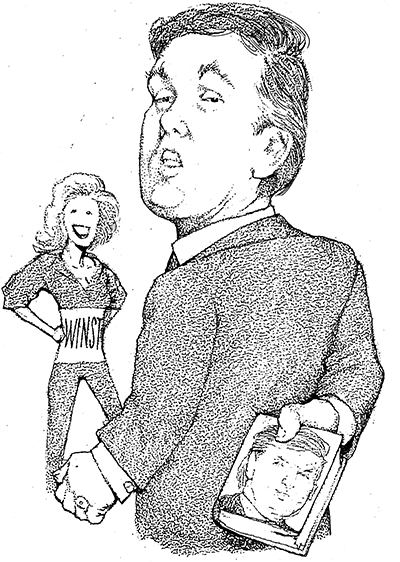 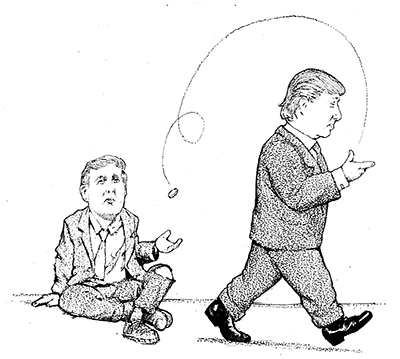 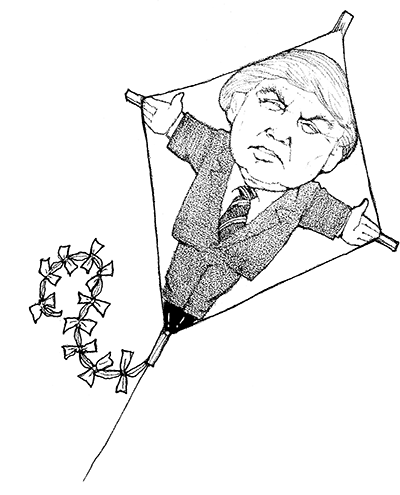 I included a Donald Trumpish character named Ronald Duck in my 1995 graphic novel WELCOME TO THE ZONE. I sculpted plasticine maquettes of all the 20-plus characters in the book, and photographed them as reference. Here is his: 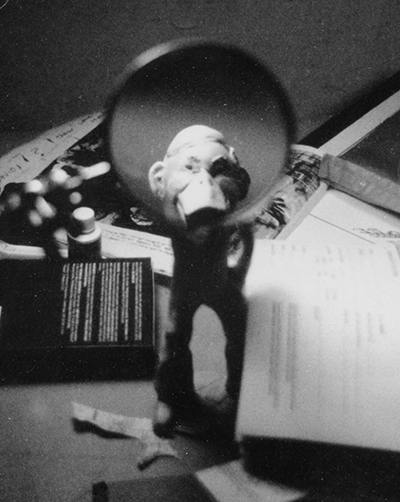 Like his model, Ronald Duck is a boorish, boastful real estate developer. His nefarious plans to develop “The Zone”, the East Village-like neighborhood where the book is set, form one strain in the plot. The nonsense gibberish he spouts requires a bit of explanation; it is actually English as perceived by his Japanese guests (and translated by the Mayor’s Japanese-speaking representative): 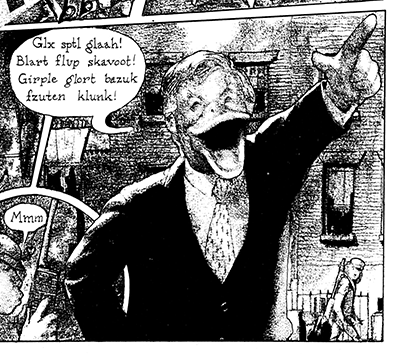 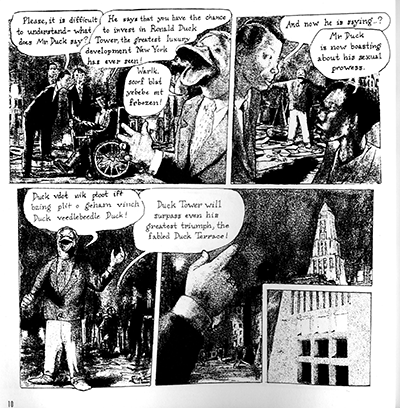 Another Trump clone named Darnell Krupp appeared in THE HAROLD PROJECT, my very first 24 Hour Comic, drawn in 2004 (and collected in the Dark Horse anthology EVERYBODY GETS IT WRONG!). Krupp has bet the hero that he can’t climb all the way to the top of a tall building, and throws everything he can at him to make sure he doesn’t: 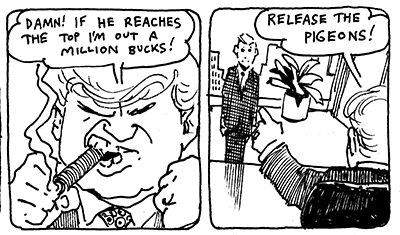 My method for constructing this story involved incorporating one piece of photo reference pulled from a sack every hour. Here is how I used a photo of a movie alien: 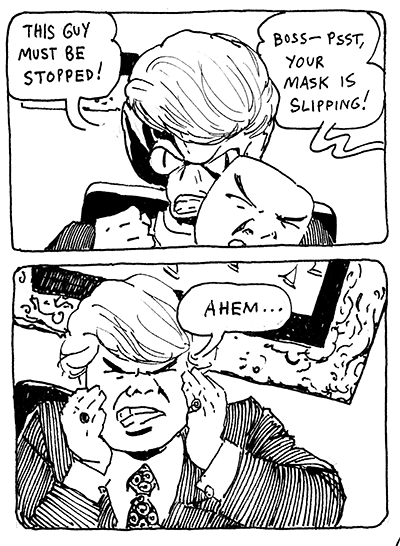 Who knows what the future holds for Trump and me? The loyal Democrat in me is horrified at the prospect of a Trump Presidency (put a gun to my head, and I guess I’ll say that the least-bad Republican in the current field is either John Kasich or Chris Christie). The cartoonist is not so sure.