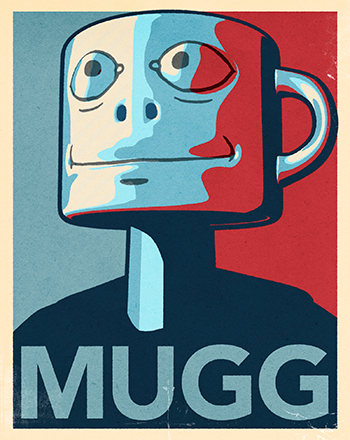 I made something of a format shift on my Patreon page a while back, without actually announcing it- when I began serializing my webcomic ARE YOU BEING WATCHED?, I switched from posting new comics in a big eight-page pile on the first Thursday of the month to posting two pages every week. All well and good, but that left me without anything particular to post for First Thursday. This month, I am experimenting with two ideas to fill the gap- looping gifs and fan art.

David Chelsea is reading:
The Boundaries of Desire: A Century of Good Sex, Bad Laws, and Changing Identities
by Eric Berkowitz


I have long had an interest in animation, but fate and opportunity steered me toward a career in illustration and comics, and I have never been able to get into animation in a big way. Posting looping gifs, those short animated clips that are all the rage online these days, would give me a chance to get involved in a small way. This month I’m showing simple computer animations of one of my spherical perspective paintings rotating in space, but I hope to do more elaborate animation, possibly involving motion perspective, in coming months.

My friend and sometime assistant Jacob Mercy had another idea to make First Thursday special- posting fan art. I thought he meant drawings of my characters sent in by fans, but he actually meant drawings by me of other artist’s characters. I’m posting both- although a call for fans to draw my characters has been less than overwhelming, bringing in only two examples so far, one of them the Mugg poster at the top of the page by documentary filmmaker Milan Erceg. Mostly it’s my own drawings of other characters, either recent private commissions or charity pieces like these Spider-Man and Wonder Woman pieces-

or TV cartoon characters drawn when I was around five years old, like this Woody Woodpecker: 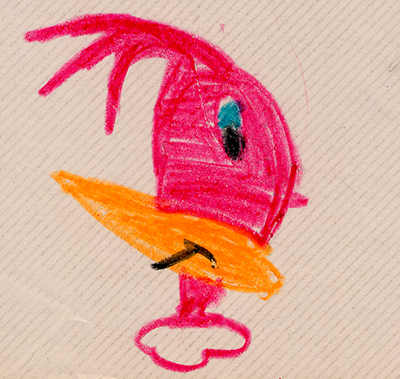 I’ll be putting the question of what to post on future First Thursdays to my Patreon donor base. Become one, and you can have a say! Donation levels start at $.99.

And yes, I know that it’s actually First Saturday. It’s been a busy month. Word of honor, next month First Thursday will be on a Thursday!