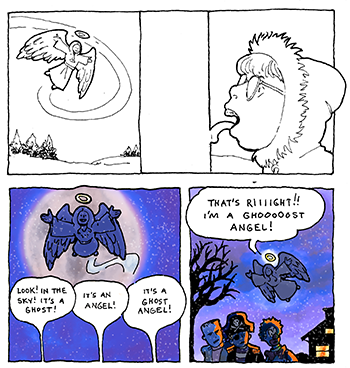 Another week, another two pages of comics on Patreon. I will be taking a break from my serialized webcomic ARE YOU BEING WATCHED? for the next few weeks in order to devote more time to another project, my newest book from Watson-Guptill, PERSPECTIVE IN ACTION, which is due to be published in Spring 2017. In the interim, I will be running a new story in which Snow Angel comes to the aid of a kid whose tongue is frozen to a flagpole.

David Chelsea is reading:
So You’ve Been Publicly Shamed
by Jon Ronson


I don’t want to give too much away, but on the last panel of this week’s installment, we do meet a new superhero: 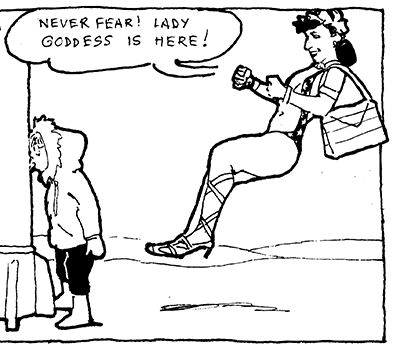 Also this month, Dark Horse Presents will be running another Snow Angel story, appropriately set on Halloween. The issue goes on sale on October 21st! 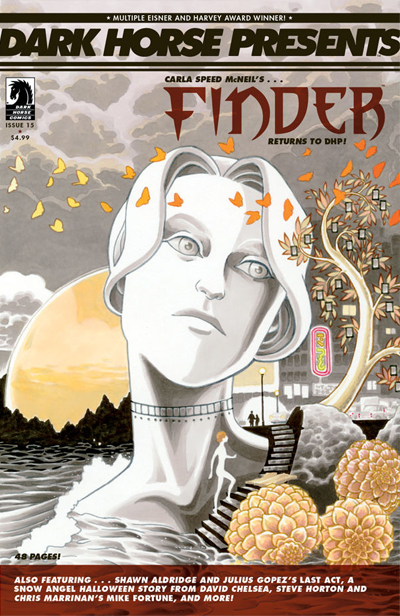 Meanwhile, since it is Second Thursday on Patreon, I am also posting comics from the archive. This month, it’s the second installment of ALL DAY AND ALL OF THE NIGHT, a 24 Hour Comic in which famous cartoonist David Chelsea hosts a Reality TV show in which participants have to draw a 24 Hour Comic. This story was a lot of fun to draw, especially as it gave me a chance to portray myself as a raging asshole: