I’m posting two more pages of the latest serialized Snow Angel comic on Patreon today. In this story, Snow Angel meets a team of crime-fighting superheroes, The Congress Of Crusaders.

David Chelsea is listening to:
Beach House
by Beach House


Principal among these is a female superhero, Lady Goddess. Here is her entrance in the version I first roughed out in my sketchbook: 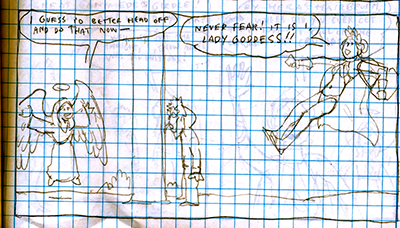 Lady Goddess went through some wardrobe indecision between first concept and the final inked version on Patreon. Initially, she had a tiara like Wonder Woman’s, and a thong like Vampirella’s, as well as a cape and a vaguely Grecian hairdo. 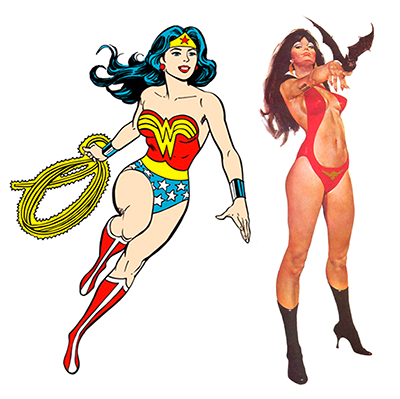 The tiara soon gave way to a goddessy crown of laurel leaves: 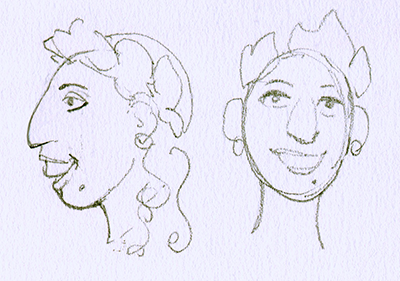 I still wasn’t entirely happy with the design- I found it hard to figure how exactly the hairdo and the laurel leaves fit together. Also, the cape covered her up a bit more than I would have liked (part of the story involves Lady Goddess complaining about how her skimpy costume leaves her freezing in winter), but I needed a striped element to go with the starry thong: 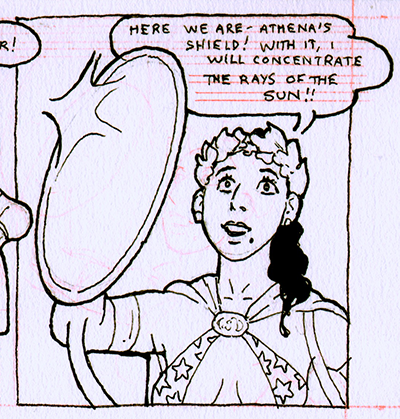 Things came together more when I gave Lady Goddess a 1940s hairdo, giving her the look of a character from the Golden Age Of Comics: 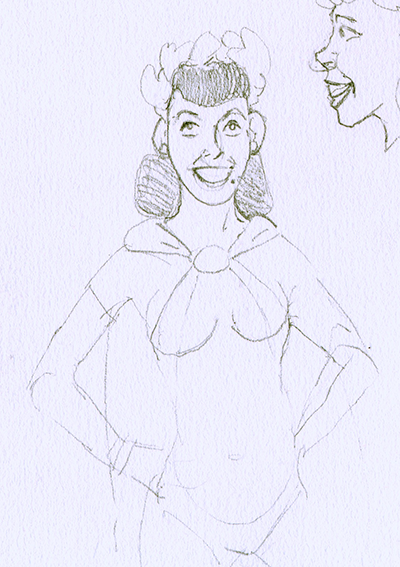 I was finally able to let go of the cape when I realized that I could put stripes on The Purse Of Power, Lady Goddess’s indispensable accessory. Here is the all-but-final version of the character (not quite final because I eventually hope to publish a version in color): 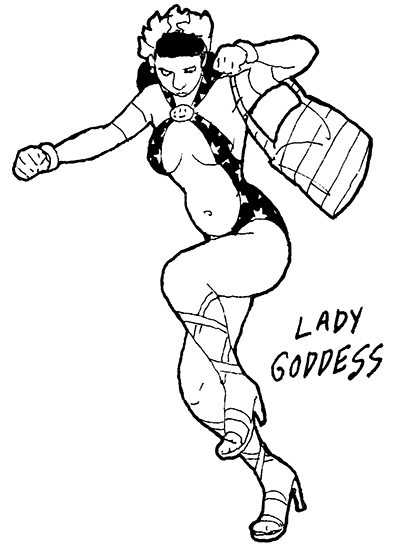 Since this is the Fourth Thursday of the month, I’ll be holding a video hangout this afternoon at 4 pm PDT. Today, I’ll show how to draw Snow Angel, and if there’s time, Lady Goddess!

Further Spencer news: after a couple of episodes in which his tribe won immunity, Spencer again found himself possibly on the chopping block, part of a minority of two within the Bayon Tribe, against a four-person alliance. However, a last-minute strategic squabble within the alliance led the other members to blindside Monica instead. Spencer survives!