Here is a photo of Bingo from last year, patiently tolerating being giftwrapped for some reason, though his expression indicates that he is plotting his escape: 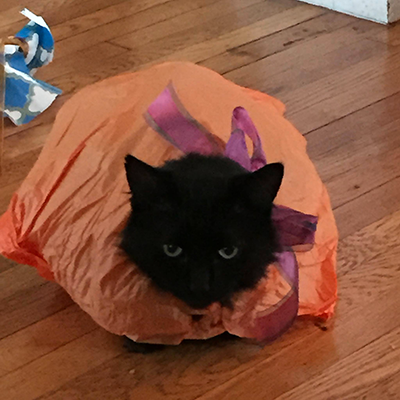 Bingo made many appearances in my comics over the years, beginning with this Palm Pilot Comic from 2004:

He is also to be seen in the first SNOW ANGEL story:

Bingo starred in his own 24 Hour Comic (creatively titled “BINGO THE CAT”), which is a loose wordless remake of Alice In Wonderland. In the sequence below, Bingo meets The Cheshire Girl:

An animated Bingo stars in BINGO’S FANTASTIC JOURNEY, a stop-motion video by Rebecca, with music by Ben, which you can watch on YouTube. 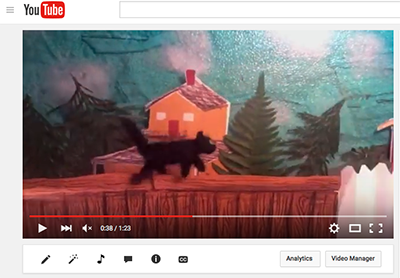 If you’d like to read more Bingo comics, BINGO THE CAT appears in the collection EVERYBODY GETS IT WRONG!, from Dark Horse, which you can order from Amazon:

By coincidence, Bingo died the day after Betty Mayther, who was the longtime art teacher at Metropolitan Learning Center, which I attended from 1968 to 1976.

In addition to being a teacher, Betty also owned the Bizarre Gallery in Cannon Beach for many years. It is in that guise that she makes her own appearance in my work, in the 24 Hour Comic ID (which appears in the forthcoming collection SLEEPLESS, also from Dark Horse): 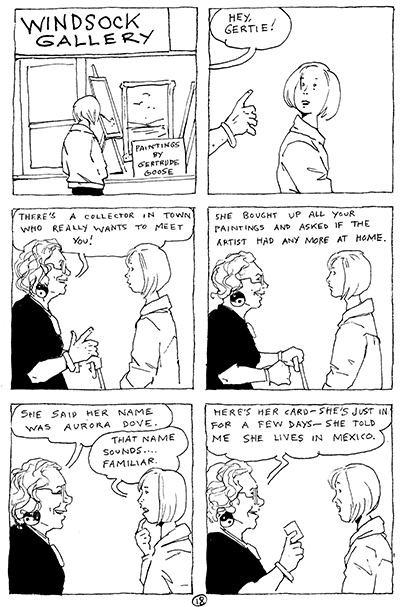 Betty was a dear friend for many years, and my sympathies go out to her family.