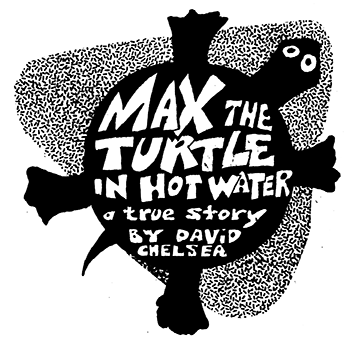 It is the Second Thursday of the month, when I post comics from my archives on Patreon. This month’s story comes from 1989, and was originally drawn in my sketchbook. MAX THE TURTLE IN HOT WATER is, as the subtitle promises, “a true story”. Max was a diamondback terrapin that Eve and I kept as a pet when we first moved in together in New York, and this story tells how he met his end.


I think I had better explain the story in detail, because the comic itself is something of a failed experiment in wordless narrative– the only time I have ever attempted this particular kind of storytelling, apart from the much later 24 Hour Comic BINGO THE CAT.

At the beginning, Eve and I are about to leave on a trip, and are leaving the key with our friends Lisa and Chris, who have a new baby. Eve shows them around the apartment, demonstrating the various appliances. 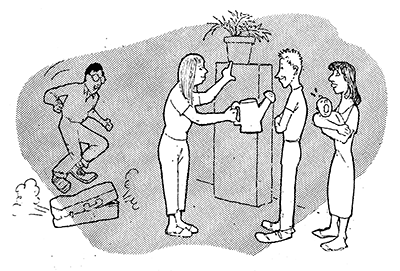 Lastly, Eve introduces them to Max, our turtle, who lives in the bathtub. In pantomime, she explains how to feed Max shrimp, and how to change the water in the bathtub, stressing that it must be cold (in reality, we kept Max in a tank, and only put him in the bathtub when we were changing his water. This was my way of streamlining the story.).

Once we have left on our trip, Lisa goes for a walk with the baby, and tells Chris to change the water in the bathtub, as it has become smelly. In the middle of changing the water, Chris goes to answer the phone, not noticing that he has let the water run hot, not cold. 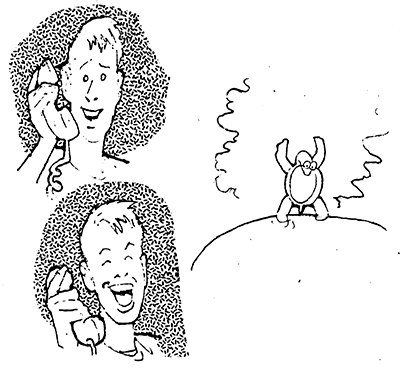 Suddenly noticing the clock, Chris is further distracted as he remembers that he is due at a professional engagement, and begins dressing in his clown suit (This part is real. Chris really was a professional mime– though he preferred the term “silent fool”.). He walks out the door, having completely forgotten about Max in the bathtub. 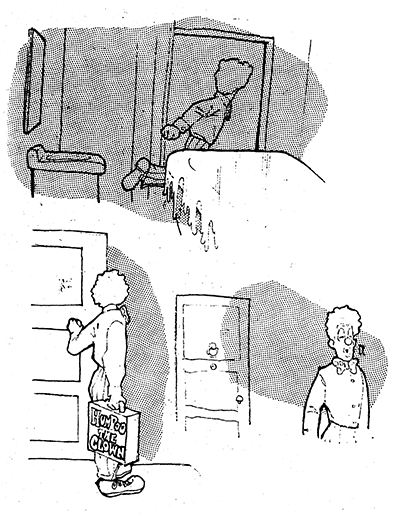 Max is overcome by the hot water and dies, and the water in the bathtub overflows (our bathtub had been installed by the previous tenant, and lacked an overflow drain). Water eventually drains into the downstairs neighbor’s apartment, and he goes to find the super. 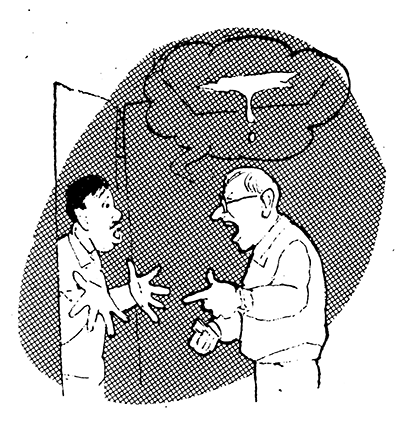 Both of them break into our apartment by pushing the air conditioner out of a window, 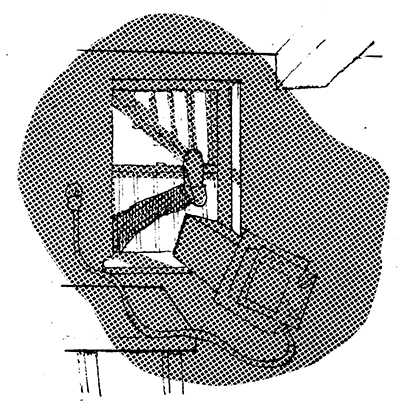 and go to shut off the water in the overflowing tub, where they are puzzled to find a cooked turtle at the bottom. 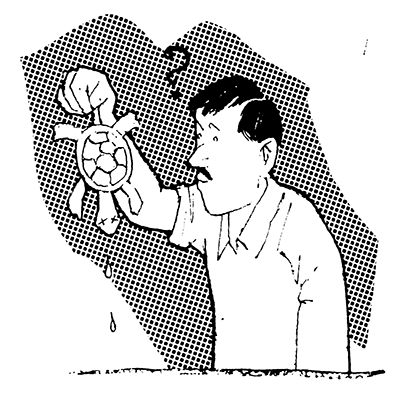 There is a bit more to the story than that. Max came with the apartment when we moved in, and had originally belonged to the previous tenants, Sunday and Sam, who let us take over their lease when they moved to Los Angeles. Max was something of a rescue pet– Sam had bought him out of the tank at a Chinatown market, where he and his fellow terrapins were being sold as the ingredients for soup. One of the conditions of our taking over the lease (the apartment itself was a converted loft several times the size of the apartments Eve and I were moving out of, and at a reasonable rent- quite a prize in the crowded New York real estate market) was that we promised to take good care of Max. I believe we even signed a contract, with mock solemnity. His soupy death at the bottom of a hot bathtub had the ring of cosmic irony.

(By the way, Lisa and Chris were completely distraught and apologetic about the incident. Chris was STILL apologizing when he came to visit Eve and I in Portland last year. However, truth be told, the death of Max The Turtle came as a bit of relief to us. Taking care of him had been a real chore.)

Little of that comes through in my comic. In fact, most of the few people who have read this story find it impossible to follow (hence the lengthy synopsis). I MIGHT be able to pull off such a narrative challenge now, but at the time I simply lacked the comics chops to tell a story clearly without words. The story went to the bottom of a drawer, and has never appeared anywhere– until now.

This project did give me a chance to experiment with borderless panels. I had some fun also using a variety of different zipatone textures to create backgrounds. If memory serves, I first made several photocopies of my sketchbook drawings, and then copied zipatone texture onto one set of copies, then cut out the portions I wanted to be toned, and pasted those areas over the untoned copies, then copied THAT. Such were the stratagems cartoonists employed in the days before Photoshop made it all much easier. 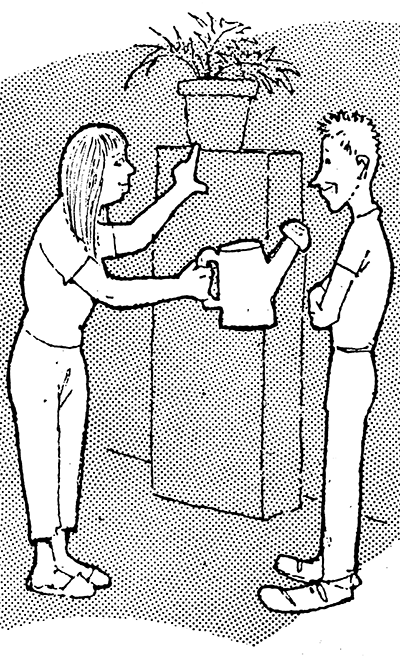 Also on Patreon this week, the latest page of my all-digital continuing webcomic ARE YOU BEING WATCHED? This week, Mugg finds himself on a new Reality TV show, Cellar Dwellers, which covers the same territory as the Kevin Smith-produced program Comic Book Men. It opens with Mugg getting a visit from a certain Eisner-nominated alternative cartoonist: