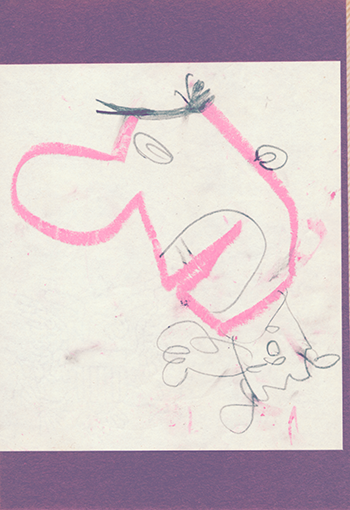 It is the first Thursday of the month, when I post Fan Art on my Patreon page. This week, I am digging deep in the archives for some of my earliest drawings, pictures in crayon and pencil of the cartoon caveman Fred Flintstone, his friends and family, drawn when I was four and five. These come from an album compiled by my aunt, Anita Marquez (now Sherman), and presented as a Christmas present to me in 1986.

David Chelsea is listening to: Career of Evil
by Robert Galbraith


These include many images of Fred, but also his wife Wilma: 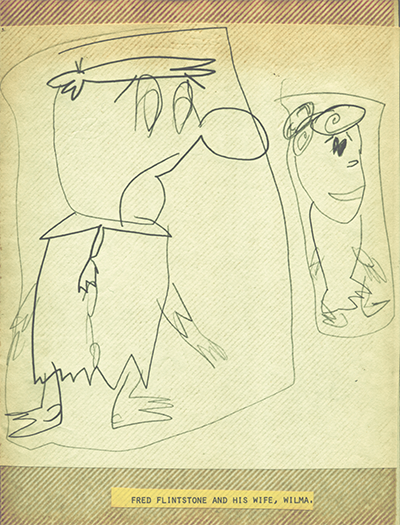 And, of course, his best friend Barney Rubble: 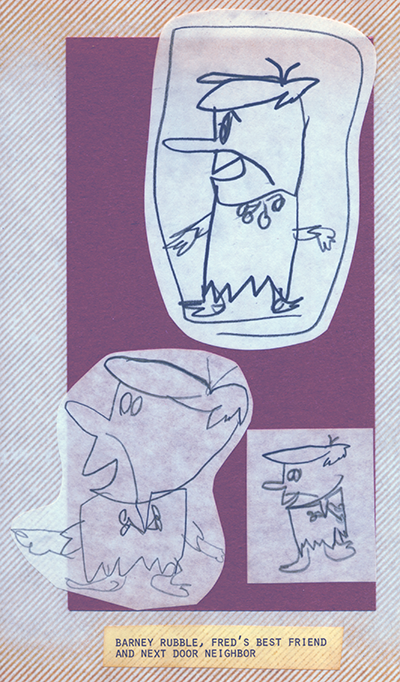 Many thanks to Anita, (who is now the editor of Culpeper Times in suburban Virginia.) for compiling the album. In months to come, I plan to post more images from it, including Fan Art of Woody Woodpecker, Alvin and the Chipmunks, and Fred Flintstone’s Space Age counterpart, George Jetson.

While this album might have predicted a bright future for me drawing licensed characters at Hannah-Barbera, it was not to be. Instead I have made a comics career mostly drawing my own characters, including Mugg and Mandy, who are featured in this week’s page of my continuing web comic about Reality TV, ARE YOU BEING WATCHED?, also posted on Patreon.

Mugg and Mandy appear as clerk and customer on Cellar Dwellers, a Reality TV show showing life in a comic shop. Mandy has come in looking for graphic novels drawn by indy female cartoonists, which the shop unfortunately doesn’t carry. However, Mugg is DETERMINED to make a sale: 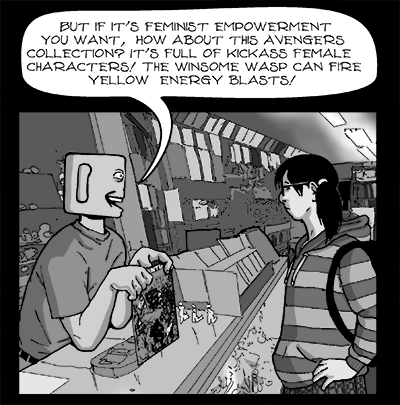 One of the pleasures of working on this comic has been depicting Mandy in various guises. So far, in addition to her default persona of a couch potato obsessed with Reality TV, she has been a scantily-clad castaway on Expulsion Island, a pregnant and zaftig newlywed on Nest Quest, a trashy junk dealer on Locker Pickers, and a frontier gal in a Wild West sequence that has pretty much nothing to do with the plot:

For Mandy’s latest incarnation as nerd girl, I referenced photos I had taken at the last Stumptown Comics Fest, where nerd girls were rampant: