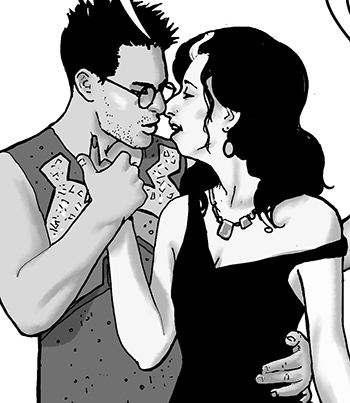 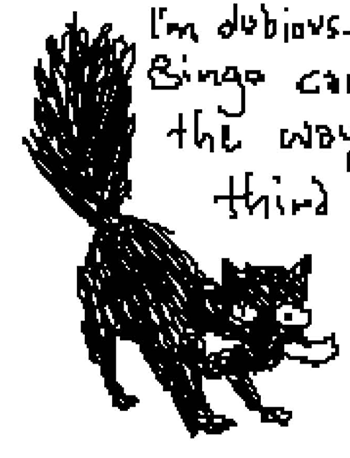 My apologies for being later and later with these blog posts. Last Thursday I put up my usual archive comics on Patreon, along with the latest page of ARE YOU BEING WATCHED?, the Reality TV web comic.

David Chelsea is reading: Republic of Spin: An Inside History of the American Presidency
by David Greenberg


This month’s archive comic is a selection of strips that I drew in the notepad application for my Palm Zire 71 around 2004-2005.

The Palm Zire 71 was a handheld device operated with a stylus, which contained a calculator, a crude camera, a drawing program, the ability to play music files, and primitive handwriting recognition software similar to that on the Apple Newton. It did not contain a phone, or any way of connecting to the Internet. It was already somewhat behind the curve in 2004, but then so was I.

This was my way, as a longtime artist on paper, of dipping a toe in digital media. I had severe limitations to work with; the Notepad window was only around 350 pixels wide, and three times as tall as wide, which pretty much restricted me to three panels for every strip. I was somewhat inspired by James Kochalka’s book SKETCHBOOK DIARY, though I was never able to match his rate of one strip day. Some of the strips recounted dreams, some were little observations about everyday life, some were just random sketches. The one below is a true period piece; I would not dream of venturing into New York City today without at least a smart phone:

This strip is another appearance of our late family pet, Bingo The Cat:

Also this week, the conclusion of a sequence set on the reality show Closet Cleanse, which I based on the popular TV show What Not To Wear. In this sequence, autobiographical cartoonist David Chelsea has gotten a makeover, and has turned into quite the fashion plate. Mandy, the co-host, is much impressed. Mugg does not appear to be pleased: 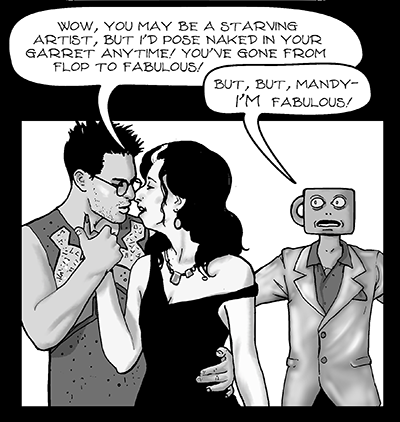 For my new, ludicrous, boy-toy look, I had to look no farther than Google Image Search: Male Catwalk: 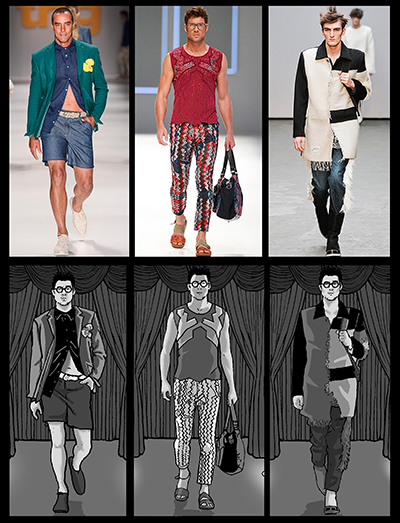