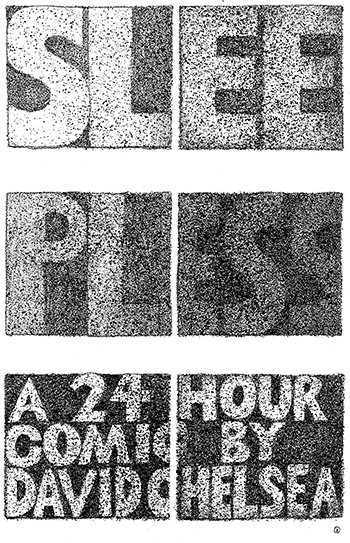 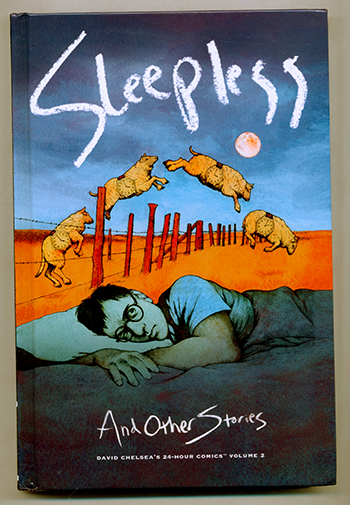 
I have long suffered from insomnia, and it seemed a natural subject for a story that I would ultimately be drawing in the wee small hours. I intended it to be a companion piece to title story of my first collection, EVERYBODY GETS IT WRONG!, an essay in comics form, arguing that autobiographical stories, especially ones recounting dreams, should be drawn “subjective camera”- that is, from the point of view of the central figure. In this story I put that narrative method into practice, telling it entirely through the eyes of a character who is never seen, except once in the mirror.

For this story I used the pencil on coquille board technique that I had also used in WELCOME TO THE ZONE, as well as many illustrations for the New York Press, the New York Observer, and other clients. However, I added one variation, which was that I printed six squares of a toothbrush spatter pattern onto the paper before I began drawing. This meant that I had the suggestive beginnings of an image before I began drawing- this worked particularly well for a page in which nothing was shown but successive stages of a lava lamp: 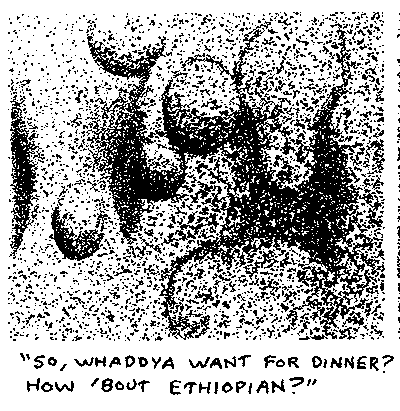 This technique also meant that I had to apply to apply wite-out in order to have any white space at all in the picture. Adding dialogue balloons would have been too difficult, so instead I wrote the dialogue under each panel, a method I haven’t used before or since.

Some of the story elements came from my own dreams (the barefoot on wet pavement one is particularly frequent): 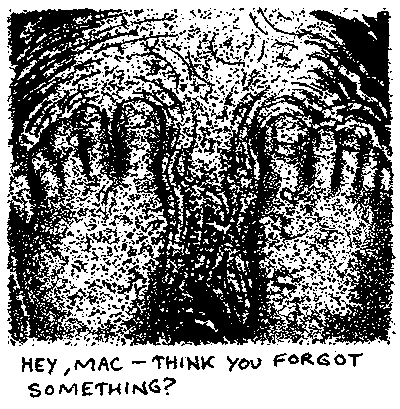 Some elements came from illustrations I was working on for the Eight Day Week column in The New York Observer. Look for the Mad Hatter from Batman, a birdbath, and Isabella Rossellini in BLUE VELVET. 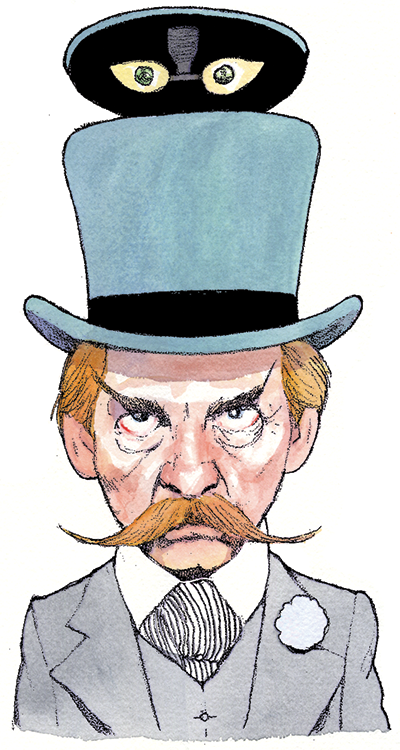 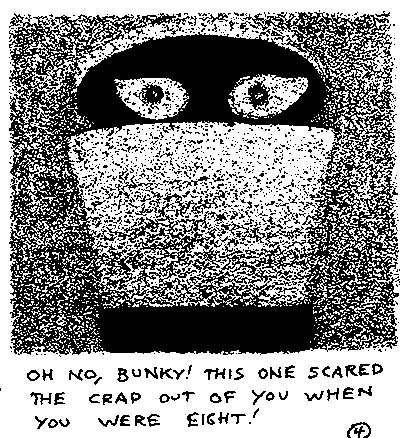 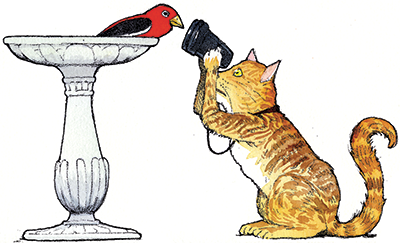 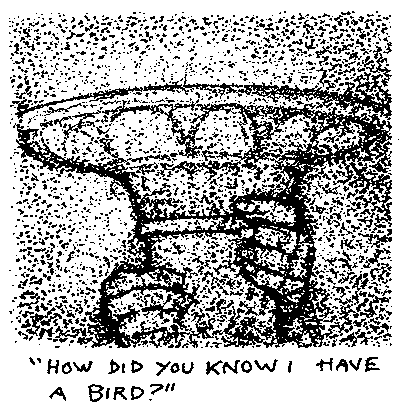 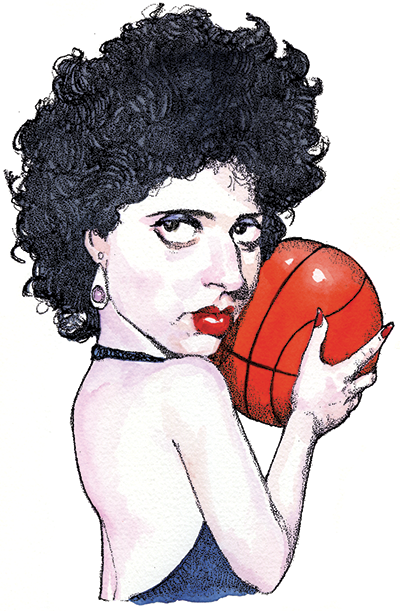 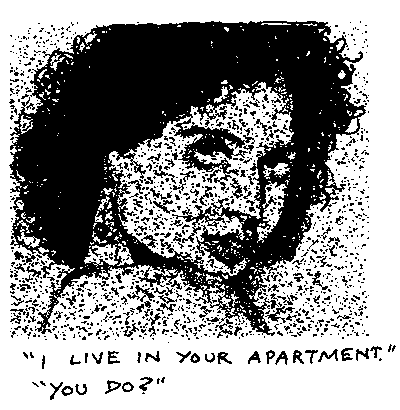 (The  Isabella look-alike character is a cartoonist, which definitely puts this story in the realm of unreality. I have known some attractive female cartoonists in my time, but none I would describe as glamorous.)

Want to know what all the fuss about? Order the book from Amazon!: