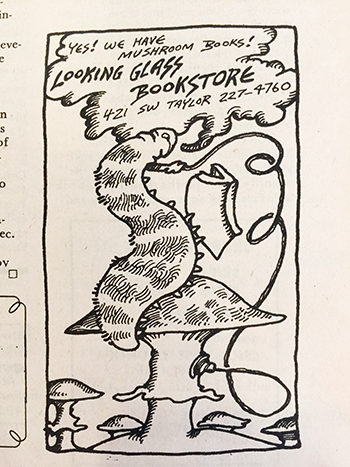 It’s been a while since I’ve posted about my Patreon page. Last Thursday I posted a new selection of Secret Stash material– a selection of newspaper ads drawn for the Portland Scribe advertising the Looking Glass Bookstore in the years between 1976 and 1978. The Looking Glass Bookstore was run by Bill Kloster and Katie Radditz, a married couple and good friends of mine. I had been a long time customer from the time I was in high school, frequently sneaking looks at the off-limits-to-minors underground comics they had displayed on a rack. 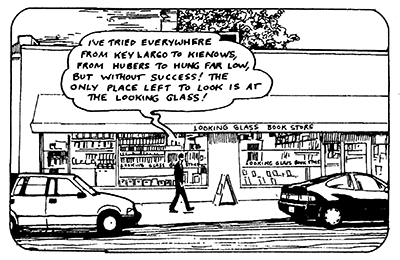 David Chelsea is reading: Hyperbole and a Half: Unfortunate Situations, Flawed Coping Mechanisms, Mayhem, and Other Things That Happened
by Harry N. Abrams 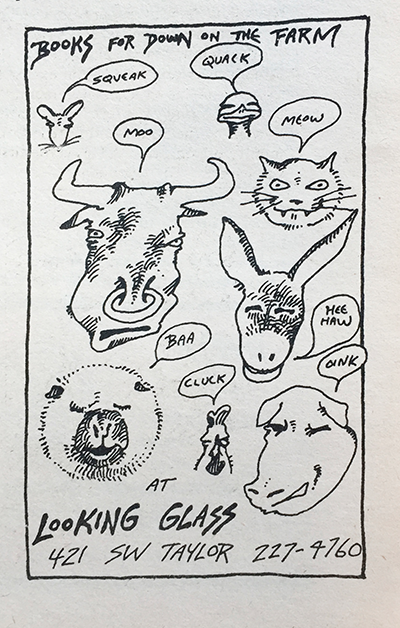 The ad below features the staff of the bookstore at the time. Bill is second from the left and Katie is fourth from the left. The names of the others are unknown, but I am fairly sure that the mustached guy in the middle was named Barry. 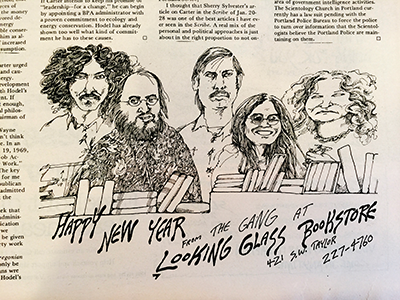 Thanks to Fred Nemo of Black Hat Bookstore for allowing me to photograph pages from his archive of Portland Scribe issues. Soon I will be posting some of the illustrations I did for that newspaper, which were among the earliest paid work I did anywhere, and I will also appear as part of UNDERGROUND USA, a symposium on Saturday, October 15, which is generally about Portland’s radical past, seen through the history of its underground papers The Willamette Bridge and The Portland Scribe. More about this later.

Membership has its privileges; all Secret Stash material is viewable by patrons at the $4.99 level and above.

I have also been posting new episodes of ARE YOU BEING WATCHED? weekly, and in fact I have now returned to posting two pages a week. We have been through Mugg’s return to Expulsion Island, where he and Mandy got into a sudden death challenge for the million dollar prize, which appears to be going quite badly for Mugg: 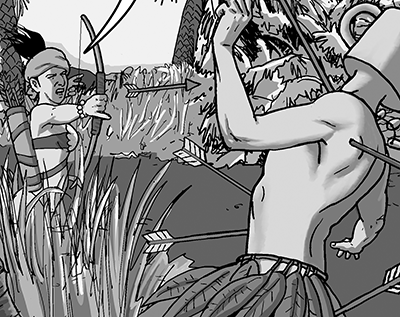 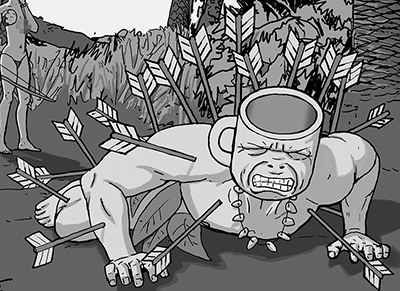 This may look like the end of the story, but trust me, there’s a way out, because we segue to a short transitional scene where the devil is up to routine mischief in a tattoo parlor: 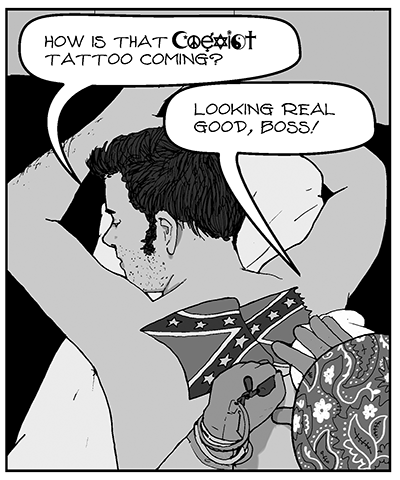 And on to Packrats, a Hoarders-type show in which Mugg is amassing an archive of 24 hour comics, much to the consternation of his wife Mandy: 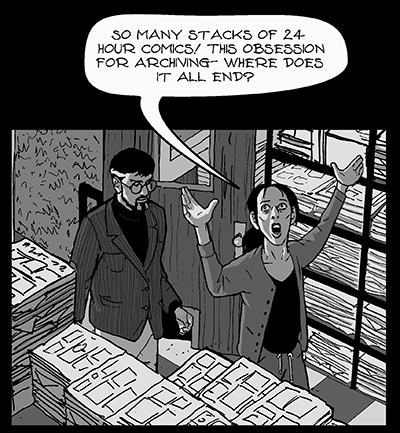 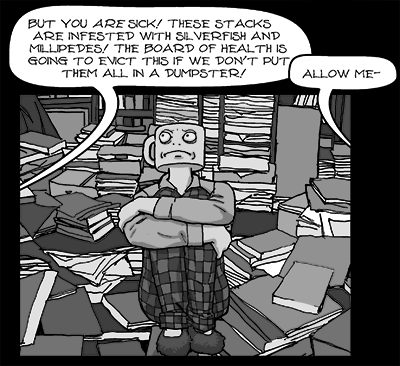 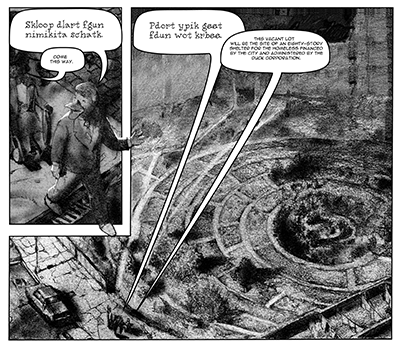