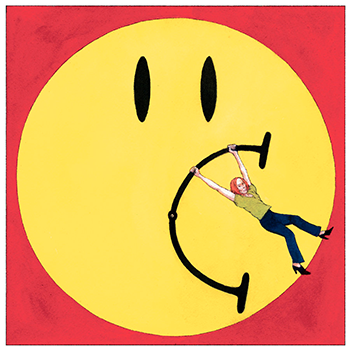 The Modern Love Podcast has repurposed another of my illustrations from the long-running New York Times column. In this episode of Modern Love: The Podcast, English actress Rebecca Hall (“Please Give”, “The Prestige”) reads the essay “Take Me As I Am, Whoever I Am,” Terri Cheney’s explanation of what it’s like to date while having bipolar disorder.

David Chelsea is reading:The Trouble with Dilbert: How Corporate Culture Gets the Last Laugh
by Norman Solomon


Ms. Cheney is a best-selling author whose book “Manic: A Memoir” further delves into her experience with mental illness.

Ms. Hall currently stars in the film “Christine”. This movie biography about Christine Chubbuck, a local news anchor who shot herself on the air in 1974, enriches two trivia categories: movies starring two unrelated actors with the same last name- Rebecca and Michael C. Hall (previous examples include Ivanhoe with Robert and Elizabeth Taylor, Six Weeks with Dudley and Mary Tyler Moore, and Conduct Unbecoming, with Michael and Susannah York), and because there is another film about Chubbuck in theaters, multiple movies about the same historical figure released the same year (two Oscar Wilde films in 1961, two Jean Harlow biographies in 1965, two Steve Prefontaine movies in 1997, and two Truman Capote movies in 2005). 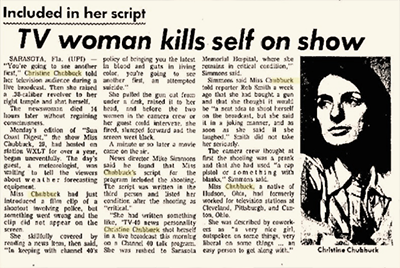