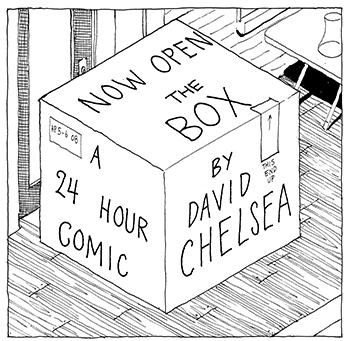 Here is another in my irregular series of posts about stories in my 24 hour comic collection SLEEPLESS, published this spring by Dark Horse. I drew “Now Open The Box”, my tenth 24 Hour Comic, at the Cosmic Monkey Drawpocalypse event on April 5-6 2008. I loosely based it on that week’s Modern Love column, which I was then illustrating for the Style Section of the New York Times. That piece, by Lori Jakiela, was about a couple who buy a sex chair online, but find themselves too embarrassed to test it out after their seven year old son appropriates it as a battleground for his plastic army men.


That’s fine for a family newspaper, but I figure such coyness would never be tolerated in comics, so my couple definitely get the chair. I drew this story on isometric graph paper, which gives the panels a look like old-school video games or architectural drawings. The view approximates that of a spectator in a high balcony watching a stage production through opera glasses: 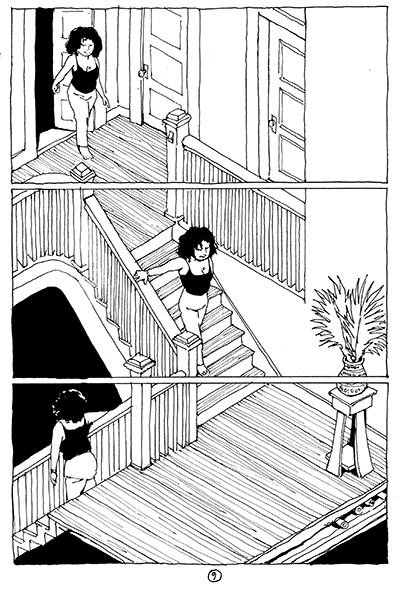 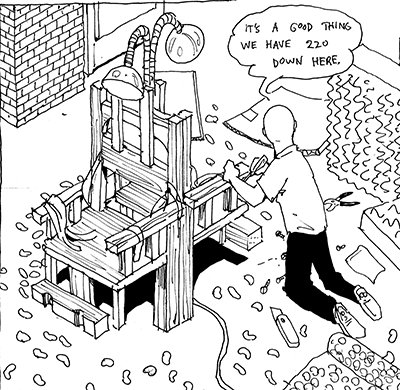