The comic is a four-page story THE KIDS MOVIE, which previously appeared in print as a backup story in the SNOW ANGEL one-shot comic. Even though this story is a few years old, it is nonetheless timely- the two little girls who are its central characters must move out of their house at the end of next month: 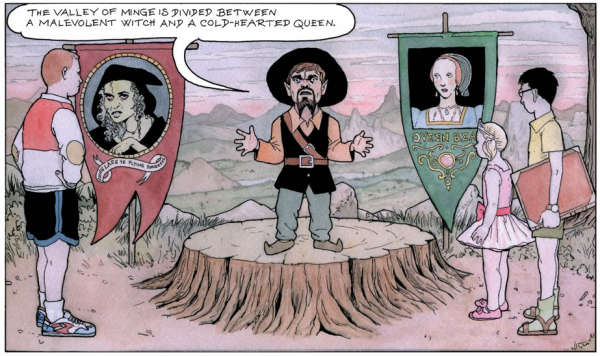 My illustration in the issue is for a piece by former David Letterman Show head writer Merrill Markoe about defusing political differences with your families during the holidays. It was drawn in those innocent days when most of us assumed it would be the MAKE AMERICA GREAT AGAIN crowd who would be feeling the post-election pain. The classic Norman Rockwell image it riffs on is more of a Thanksgiving scene, but it still applies to Christmas:

Rockwell riffs are a perennial for me; here is my cover for The Manhattan Spirit, circa 1995: 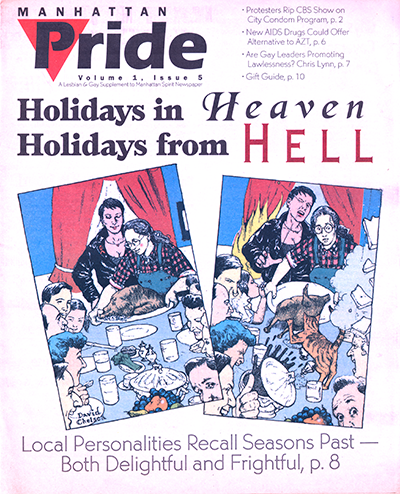 Want to see what all the fuss is about? Click the link to order your own copy of AMERICAN BYSTANDER #3!