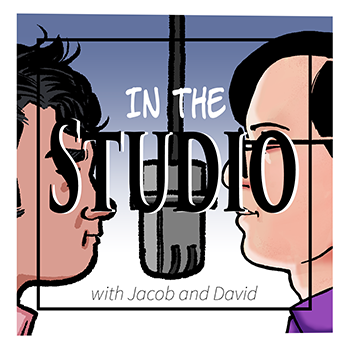 I’m ready to tell all you loyal readers about my trip to the DC Independent Film Festival on Presidents’ Day weekend. I was there for the premiere of Milan Erceg’s documentary 24 HOUR COMIC, in which I prominently appear along with seven other talented artists including my daughter Rebecca. The film records a 24 hour comic event at the comics shop TFAW in 2013.

David Chelsea is reading: Ray and Joe: The Story Of A Man And His Dead Friend And Other Classic Comics
by Charles Rodrigues 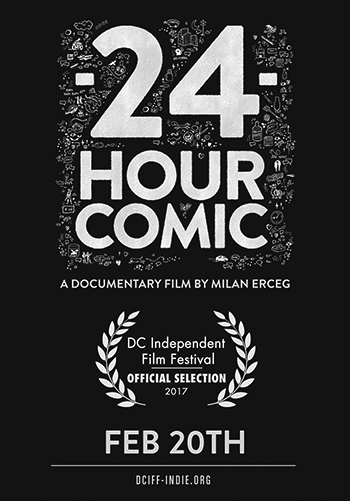 It was pretty much fun from start to finish, for me at least. Before and after the screening, Milan and I watched other films in the festival, and hung out with other filmmakers. Here’s a picture of me and Milan posing in front of the backdrop that people take pictures in front of: 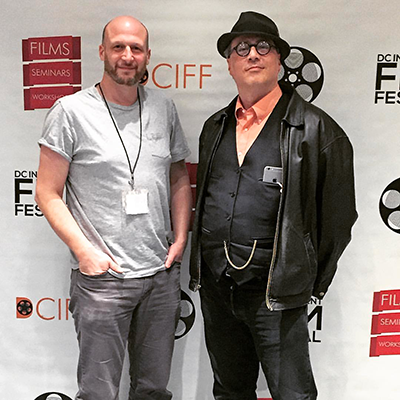 Before the screening, Milan was touchingly anxious, worried that no one would show up, or that the movie would not go over well at all, or look insignificant compared to the other fine films in the festival. He was also worried that he was going to lose charge on his phone. Here we see him charging the phone in the lobby. By the way, the screenings took place at the Naval Heritage Center, amidst displays of Naval and Marine history. 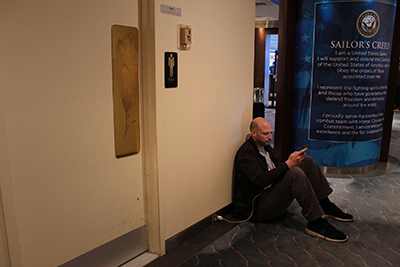 The screening itself went about as well as I could have hoped. No, we didn’t get a full house, a standing ovation, or any festival prizes, but the audience laughed in all the right places and asked friendly questions afterwards. Here I am, making an EMPHATIC point at the question and answer session after the screening, with festival director Deirdre Evans-Pritchard: 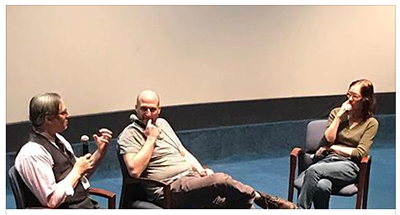 Milan and I made friends with many of the other filmmakers in the festival. Here I am at far right of an impressive murderers row of moviemakers: Andrea Cicini (A Girl Like You), Alexander Peskador (Discord of the Hyenas), Milan, Philip Ramos, (The Kidnapping of The Fish), and Diego Freitas (Salt) 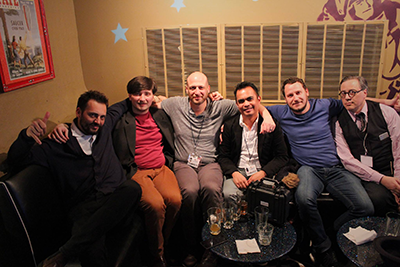 I had only a little time to see the city. However, I did spend one day with my aunt Anita, cousin Sophia, and Sofia’s fiancé David, visiting the International Spy Museum. Here I am with David and Anita at the Museum. Sophia must’ve snapped the picture: 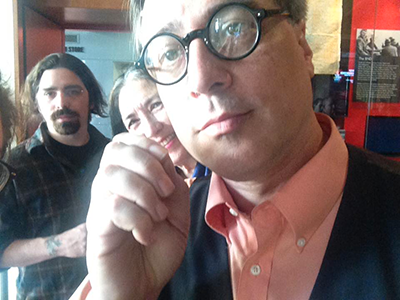 Milan and I stayed in a guest house owned by Lori Donovan, a friend of the festival. Here is a drawing I did on our final day staying there:

I give a full report of the festival, as well as the Wizard World comics convention I attended in Portland immediately before flying to DC, on a long-awaited third Installment of IN THE STUDIO, the podcast I do with Jacob Mercy (who is also in the film, although he doesn’t like to talk about it). With digressions on The International Spy Museum, the Wizard of Oz comics, and Jack Kirby’s Fighting American, this podcast delivers more of the barbed yet affectionate banter between our two cartoonists which made the 24-Hour Comic documentary such a festival hit!

Listen to IN THE STUDIO #3 on iTunes.

And links to some of the things Jacob and I talk about:

My Call Slip comic about WE TOLD YOU SO: COMICS AS ART, the Fantagraphics Books history.