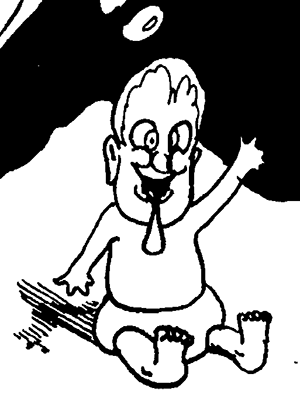 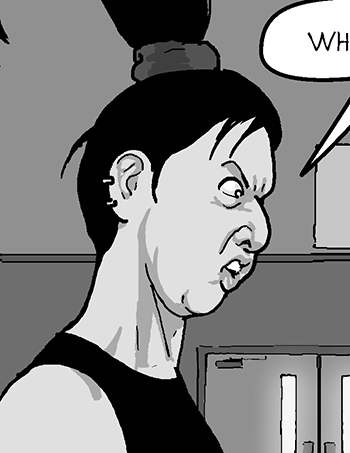 I have been keeping on keeping on with my Patreon page– this week, I posted two new pages of my continuing web comic ARE YOU BEING WATCHED?, as well as another 10 illustrations with commentary from my 1970s beginnings at Portland’s underground newspaper the Scribe. I went back to the archive at Multnomah County Library to photograph some images I had missed from the first year of the newspaper, including my very first piece published in the Scribe, this ad for a concert benefiting my alma mater, the Metropolitan Learning Center: 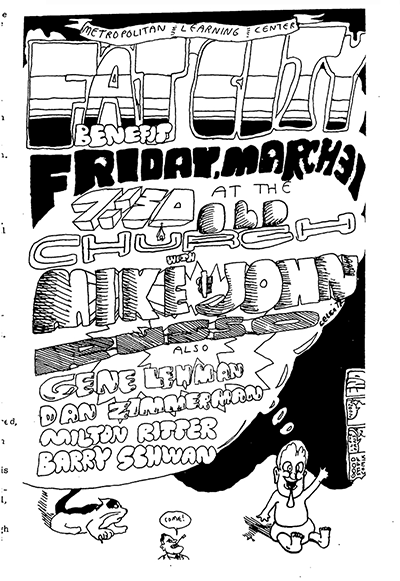 The Scribe illustrations are part of a Patreon category I call The Secret Stash, non-comics material that my fans are not likely to have seen– decorated envelopes, sketchbook drawings, early performance flyers, and the like. Membership has its privileges; all Secret Stash material is viewable by Patreon supporters at the $4.99 level and above.

In addition to posting on my Patreon page, I will be doing a slide lecture about the Scribe and my part in it on Friday, May 5 at the Oregon Film History Invitational, the third annual one day Oregon film history conference. The conference is designed to showcase the complexity and diversity of Oregon film history for educators, historians, and museum professionals. It is small in size, and designed to encourage interdisciplinary engagement, open ended conversation, and professional networking. What my presentation is doing there is a little hard to fathom, but I was invited, and I do WATCH a lot of films.

Meanwhile, on ARE YOU BEING WATCHED? a casual flirtation is going on between our romantic leads Mugg, who is a contestant in a Reality TV show centering around a 24 Hour Comic session, and Mandy, who is a production assistant. It all begins when Mandy asks to read Mugg’s comic, which tells the story of the comic up to this point: 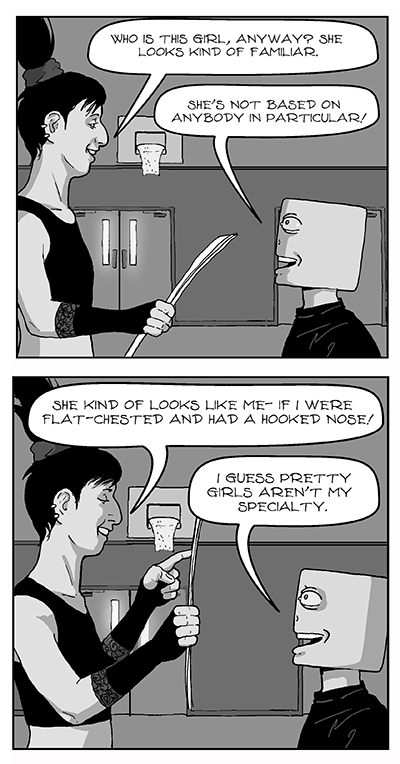 Of course Mandy has to try to make that funny face which Mugg has been pulling throughout the story, the “Gookie”, created by Harpo Marx, which has been Mugg’s way of abruptly exiting each of his unsatisfying adventures up to now: 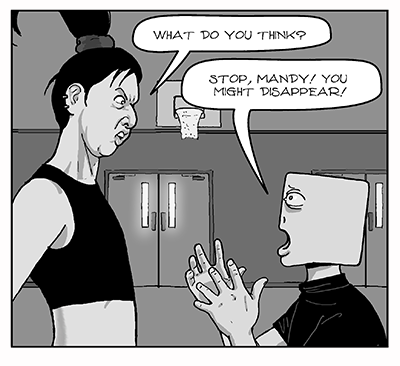 The pages that went up this week are numbers 98 and 99. You know what THAT means– page 100 drops next week!