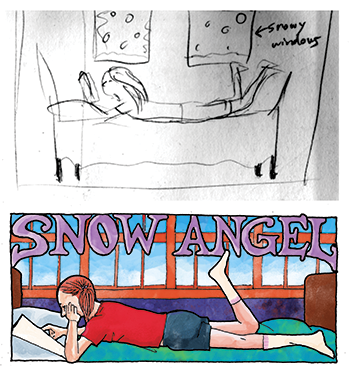 It has been a while since I posted any archived comics to my Patreon page, but this week I have a real treat– a pencil rough for a story featuring my superhero character Snow Angel, drawn by my daughter Rebecca. Rebecca, who had been the real-life model for Snow Angel, drew the story in her sketchbook while away at a music camp for two weeks one summer. I redrew the story with some changes, and it became the final story in the SNOW ANGEL collection published by Dark Horse last year.

In the story, Snow Angel feels unappreciated, and decides to quit being a superhero, only to be dragged inevitably back in. My final version pretty much follows Rebecca’s, with a few changes. The cartoon superhero Dangerous Guy, whose appearance on TV sparks a major plot point, looks much the same in both versions (by the way, the coloring in the final art is by the incomparable Jacob Mercy): 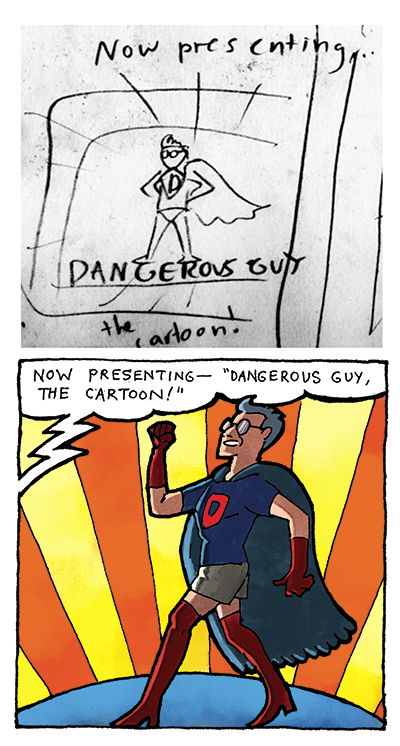 One of Rebecca’s cleverest ideas was that Snow Angel has a guardian normal kid. I changed the kid’s sex, and made him something of a roly-poly Campbell Kid: 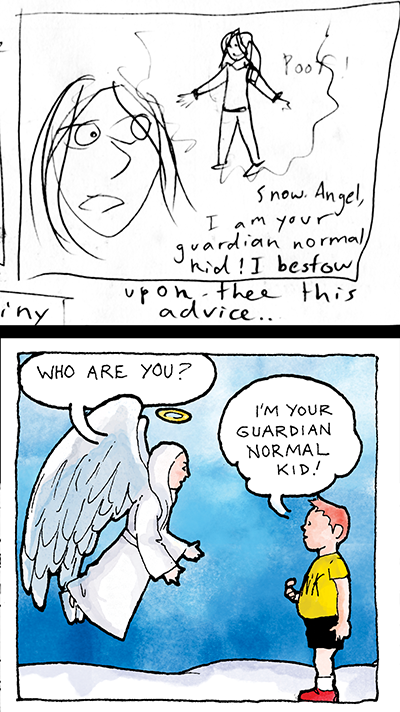 However, I did add a few scenes, and considerably transformed the ending. If you are curious to compare the two versions, here’s a link to the Snow Angel collection that the final version of the story appears in:

Meanwhile, I have been plugging away at my continuing web comic about Reality TV, ARE YOU BEING WATCHED? In an installment posted a few weeks ago, Sandy, one of the contestants in the 24 Hour Comic reality show, has been hitting the schnapps a little TOO hard, and winds up in a fist fight with a video camera: 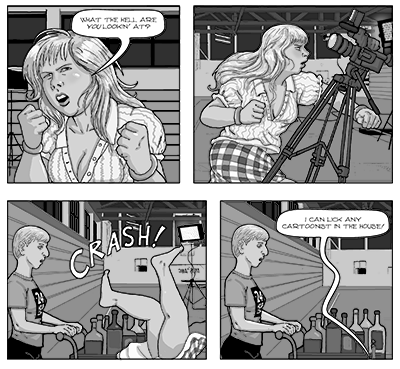 In this week’s installment, Mugg, who has been gobbling chocolate-covered espresso beans in an effort to stay awake for 24 hours, suspects that he may have fallen asleep and be having a dream: 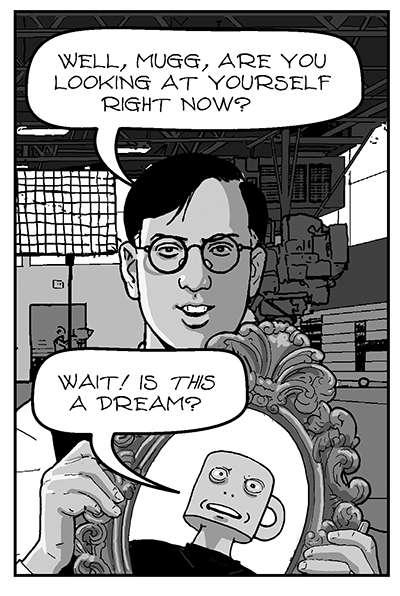 Especially after THIS happens: 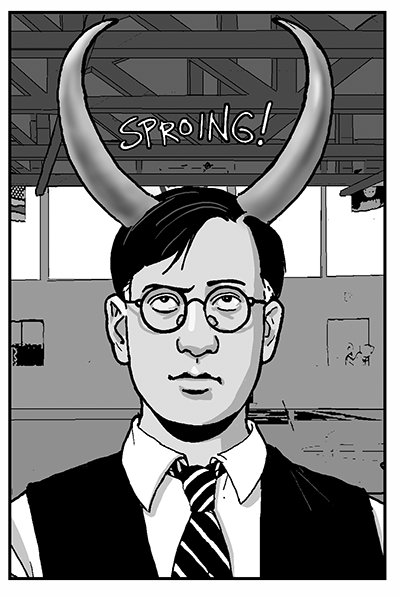