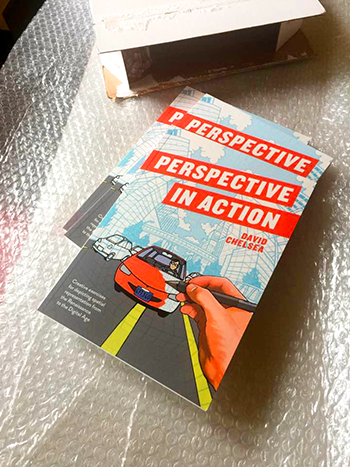 Just a reminder to all you loyal readers that my latest instructional book from Watson-Guptill, PERSPECTIVE IN ACTION, is being published this coming June 20th (coincidentally, my wife Eve’s birthday). 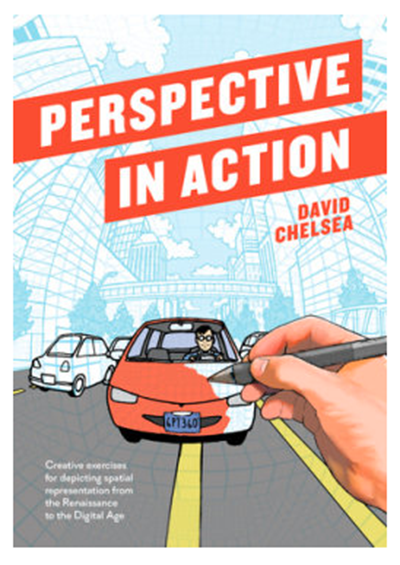 Less a book on basic principles than a hands-on guide to creating fun projects which put perspective knowledge to use, PERSPECTIVE IN ACTION includes sections on creating illusions like the deceptively constructed Ames Room: 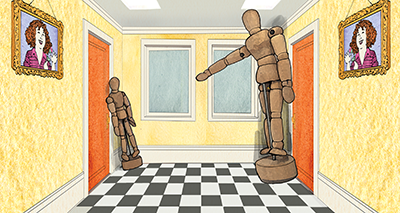 The book is in comics form like my two previous instructional books PERSPECTIVE! and EXTREME PERSPECTIVE!, but without Mugg (who has been busy appearing in ARE YOU BEING WATCHED?). Another difference: this one’s in color!:

It’s not QUITE true that Mugg doesn’t appear in the book- here he is with girl of his dreams Mandy in a 3-D demonstration panel taken from ARE YOU BEING WATCHED? 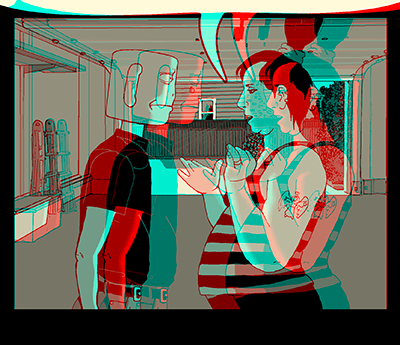 Also in the book: detailed instructions on how to paint a bowling ball in spherical perspective, like this M.C.Escher adaptation:

The book includes an explication of the tilted mirror method of copying a picture, which was used in the hit documentary Tim’s Vermeer: 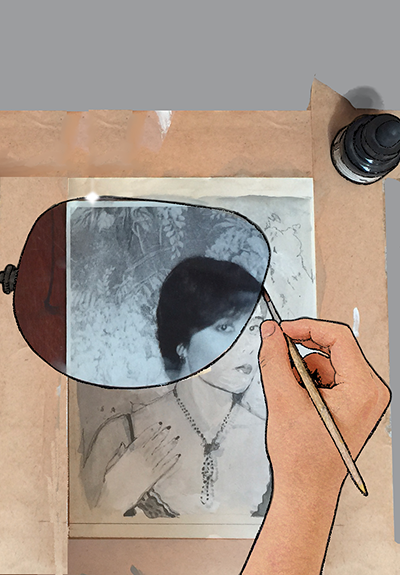 The book features a little excursion into the fourth dimension as well, laying out the principles of motion perspective, a cornerstone of animation:

I am proudest of the explanation for my own discovery, The Unified Field, a method for combining any angle of one-, two-, and three-point perspective in a single picture: 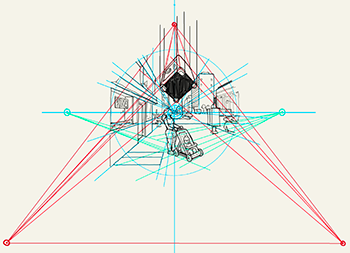 Although the book is formally being published in June, it is available for preorder on Amazon right now! Use the link below, and I get a tiny Amazon Associates kickback (which I get even if you DON’T order the book, and order something like an inner tube or a set of chopsticks instead- just as long as you don’t leave the Amazon site!).