It’s going to be a full summer of activity for me, trying to build the 24 Hour Comic documentary into a hit. Here are some of the events I’m going to to be involved with:

Details are somewhat sketchy as of now; I will add more as they come in.

David Chelsea is reading: Not Waving But Drawing
by John Cuneo


Meanwhile, another two-page installment of ARE YOU BEING WATCHED? went up this week. The suspense mounts as we tick down to the final whistle- whose 24 Hour Comic will reign supreme? And who’s going home?: 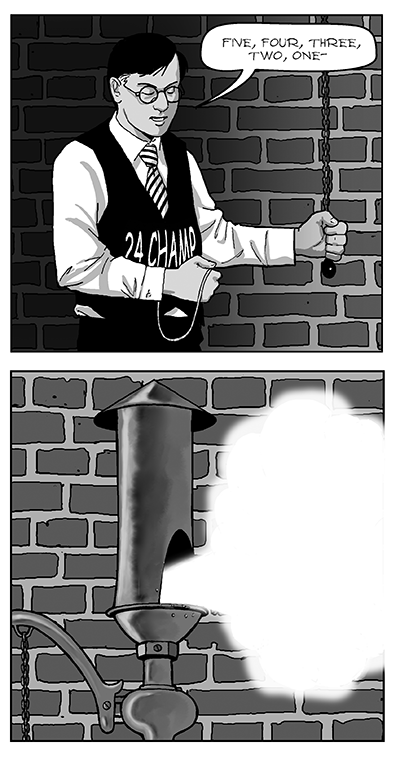