There will be two screenings at Portland’s historic Laurelhurst Theater: Thursday, July 6th at 7:00pm, and an all-ages matinee on Friday, July 7th at 4pm. Most of the artists including myself will appear at the first screening, with the exception of Rebecca, who can’t get in thanks to the Laurelhurst’s liquor license. We’re seeing if we can Skype her in.

The film recently got this on-the-whole-positive review from the website Comics Worth Reading. 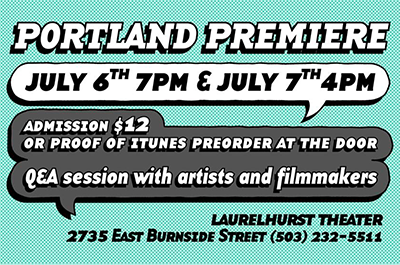 Meanwhile, on my Patreon page, the Reality TV show on my continuing web comic ARE YOU BEING WATCHED? is building to a thrilling climax. One of two 24 Hour cartoonists are about to be eliminated: either our hero Mugg, or differently-abled middle schooler Sun Luk Chow. Who will live to draw another day? 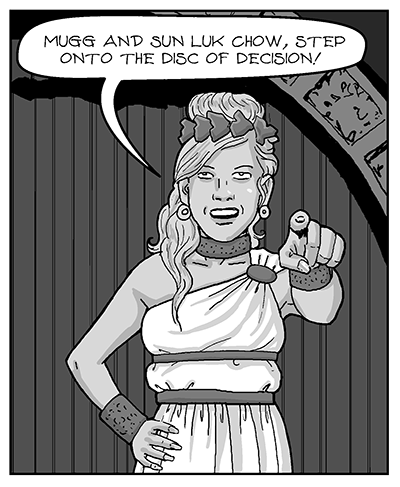 I have also posted another six installments of the late 80’s weekly strip version of my graphic memoir DAVID CHELSEA IN LOVE on Patreon. This episode takes my then-girlfriend Minnie (with pals Vera and Dietrich) on a trip across the USA: