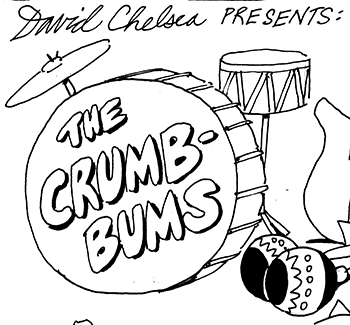 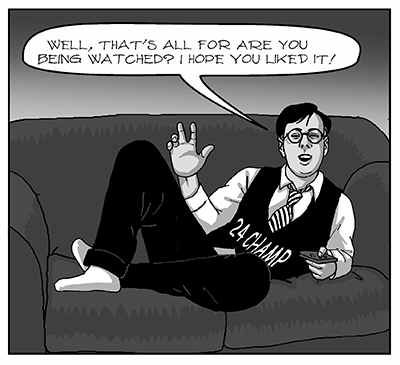 By the way, if you missed some or all of the story, you can catch up with the tumblr archive, starting here.

Up next on Patreon, part one of THE CRUMB BUMS, which is a 24 Hour comic drawn on 24 Hour Comic Day in October 2012. I was a guest at the Imagination International event in Eugene, organized by Ken O’Connell of The University Of Oregon. I will be serializing this story in two-page installments over the next 12 weeks.

My main intent was to resurrect the 60’s by doing a comic about a band like the Monkees in the manner of my early idol R. Crumb, but I did include a number of autobiographical elements as well; incidents involving a clogged vacuum cleaner and a stopped-up bathtub come directly from my grubby New York apartment days, and I used dreams written on strips of paper and pulled from a sack as a randomizing and surrealizing element.

Also posted on Patreon this week: six more installments of an early draft of my first graphic novel DAVID CHELSEA IN LOVE. The course of love for my early 80s self does not run smooth: 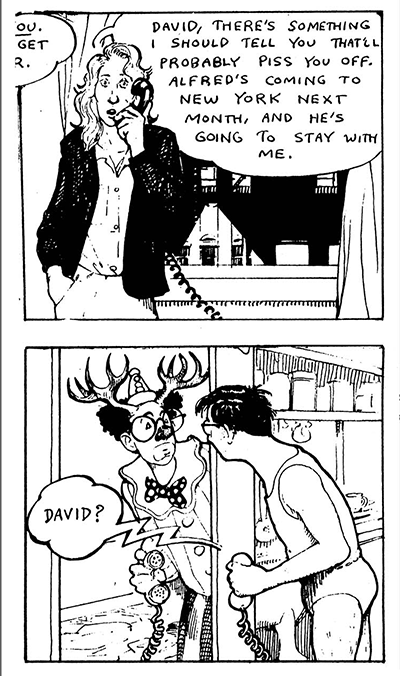