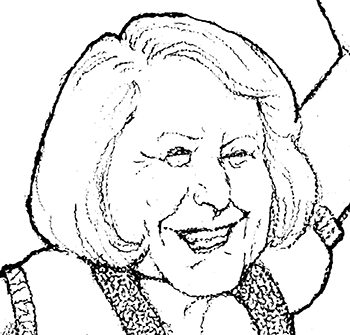 I learned the other day of the death at 94 of Liz Smith, the gossip columnist who had been a long-running fixture of the New York media scene. Back during the 90s and Aughts when I was illustrating the New York Observer’s calendar page The Eight Day Week, Liz was such a frequent subject that she had her own folder in my clippings file:


(Many of these images come from Spy Magazine, which delighted in running unflattering pictures of her).

The sad news sent me to my digital archives, which coughed up four caricatures. The calendar items these illustrated are lost to history. No doubt I could have found many more if I had gone into the box of pre-digital originals in my closet.

This image misrepresents the lady’s height; I believe she was close to six feet tall. 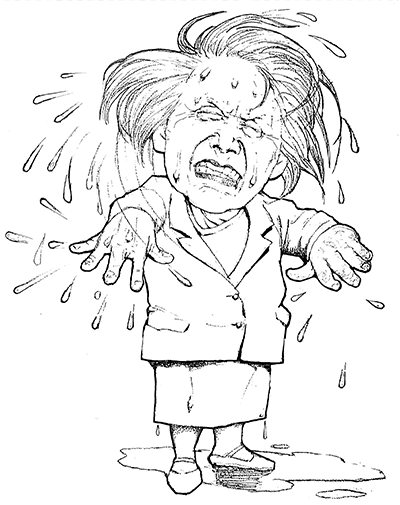 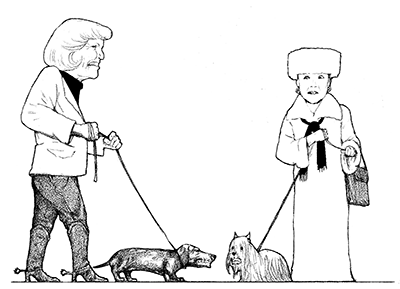 What’s this about? Some auction of dog art, evidently. 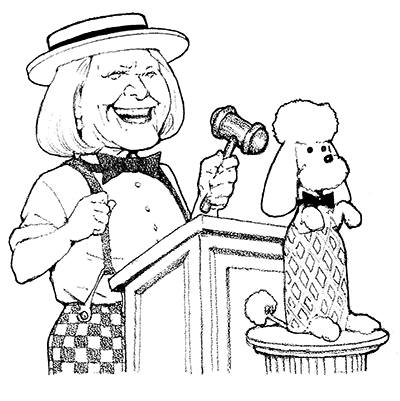