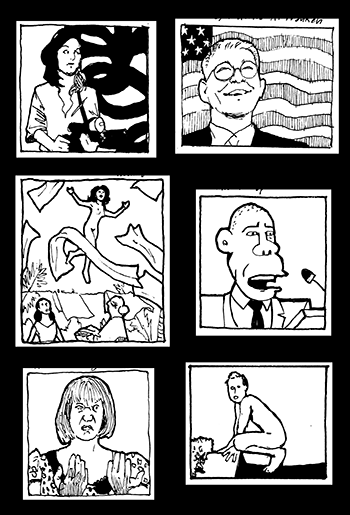 I blogged some months ago about the series of “Call Slip Comics” I have been posting to my Patreon page. These are reviews of material I’ve checked out of the library- DVDs, books and audio books- drawn on call slips, those little white strips of paper stuck into items on the hold shelf to identify which library member it is being held for. For years, those slips have come in handy as bookmarks, but once a book was finished my habit was to throw them away- until now!

David Chelsea is reading:In the Great Green Room: The Brilliant and Bold Life of Margaret Wise Brown
by Amy Gary


I’m blogging again just to announce I’ve been keeping on with the work, and now have thirty examples- twice as many examples as I’d posted the last time I blogged.

Here are links to all the Call Strip comics currently on Patreon:

Most of the newer examples review DVDs I’ve watched, like the forgettable comedy FORGETTING SARAH MARSHALL:

However, I still do read the occasional book, or listen to an audiobook in the car, such as Al Franken’s memoir GIANT OF THE SENATE:

This strip was drawn before the latest story about Senator Franken broke. These days, I would probably write a very different letter.