Here is my most recent illustration for the Modern Love Podcast, which went up this week. From the website: 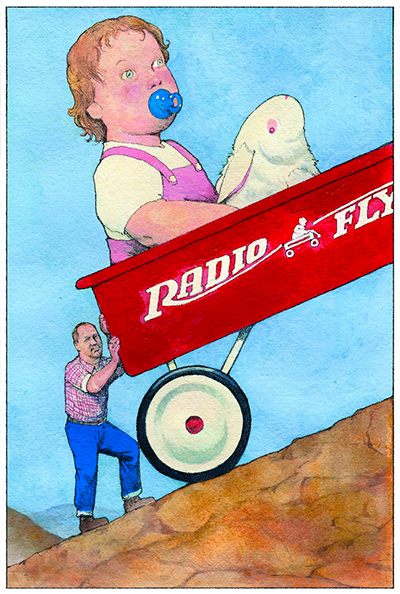 “When Rand Richards Cooper was in his 40s, he was faced with a question: How late is too late to first become a dad?

His essay is called “Fatherhood, I Now Learn, Is a Young Man’s Game.” It is read by Stanley Tucci, who has starred in movies like “The Devil Wears Prada,” “The Lovely Bones,” and “Julie and Julia.” His new movie is “A Private War.”

Listen to the podcast here.