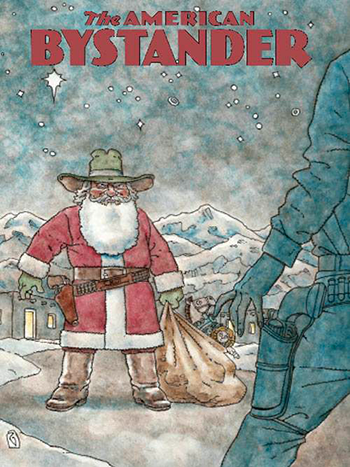 The latest issue of AMERICAN BYSTANDER has just recently arrived. Considering the figure on the cover by Rick Geary, this issue may have been SLIGHTLY delayed in getting to me, but hey, who says Santa Claus is just for Christmas? This issue continues the high standards of hilarity the fledgling humor magazine has set for itself, with contributions by mainstays Shannon Wheeler, Roz Chast, Drew Friedman, S. Gross, Ron Barrett, Brian McConnachie, and Peter Kuper, a cartoon by newcomer Lila Ash, and multiple contributions by yours truly.

David Chelsea is reading: The Goat Getters
by Eddie Campbell


This issue marks my sort-of debut as a published poet (it depends on if you count the rhymed comics that have occasionally seen print as “poetry”). However, this case is unambiguous- my haiku appears without an illustration of any kind, and it doesn’t even rhyme!: 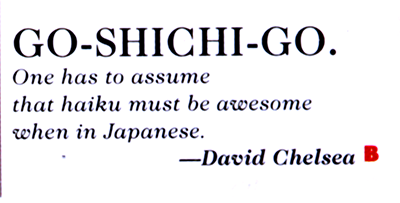 Also in this issue, another set of rhymed comics, some snarky “clerihews” composed about entertainment celebrities: 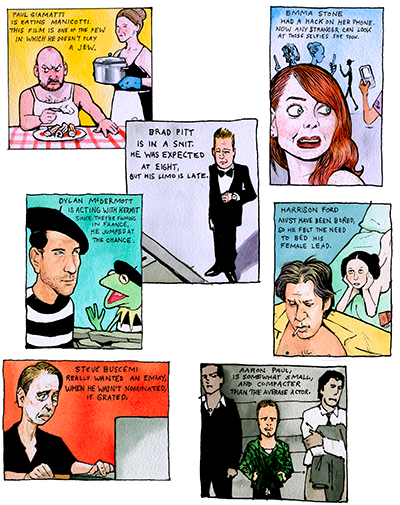 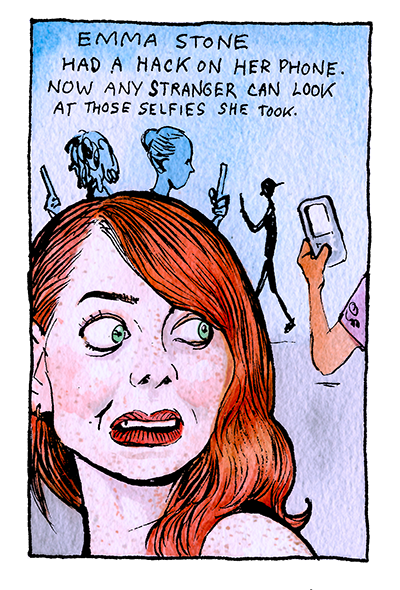 These clerihews were culled from a series I posted to my Patreon page a while back. This blog post gives you the lowdown.

And, as usual, I have a chance to illustrate another writer’s humor piece, in this case a reminiscence of Thanksgiving in 1971 by Dave Hanson. For this illustration I combined a pencil drawing of baby goats on coquille board with a watercolor painting, which editor/designer Michael Gerber painstakingly worked the type around: 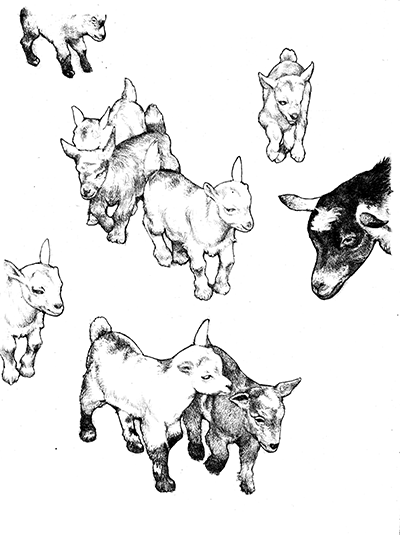 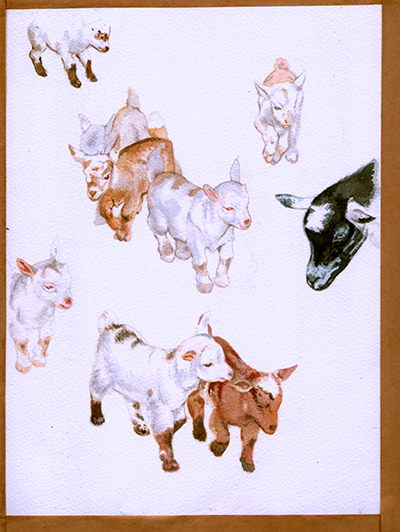 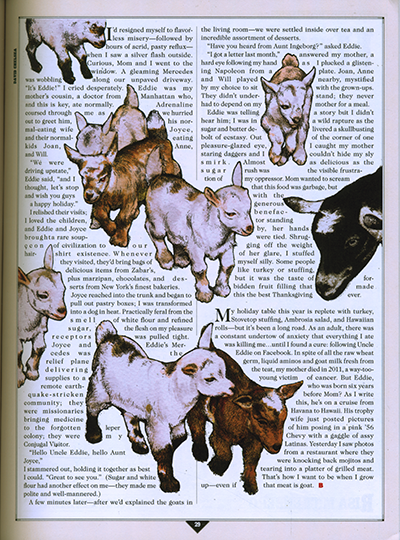