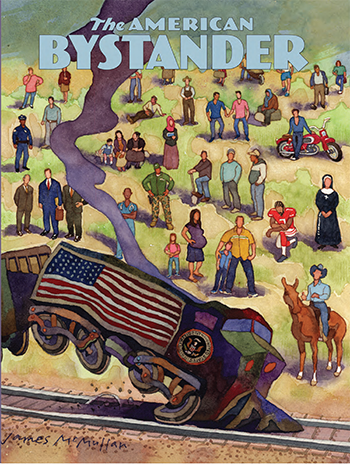 The latest issue of American Bystander, number 10, contains a murderer’s row of heavy-hitting cartoonist and writers, including Drew Friedman, M.K. Brown, Ed Subitzky, Charles Barsotti, Rick Geary, et al, and I especially recommend the reminiscence by Jennifer Finney Boylan, who was Managing Editor of the American Bystander’s original prototype issue in 1982, but for me the most significant name is this month’s cover artist, veteran illustrator James McMullan.


McMullan, whose work I first encountered in New York magazine in the early 70s, has worked consistently from the 60s to today. He may be most familiar for his long series of posters for Broadway shows at Lincoln Center, but he has also done magazine illustrations, children books, record covers and animation. Running parallel to his illustration work has been a long career in teaching, principally at New York’s School of Visual Arts (for which he also has done a series of subway posters). I was privileged to take his SVA illustration course– which had a stringent portfolio review – for two years beginning in 1978. Like nearly everyone who passed through that class, I went through a period of slavishly imitating McMullan’s signature watercolor style:

McMullan’s critique method was legendary: he would expound extemporaneously on the history of art, possibly beginning with the Lascaux Caves, continuing up through Attic vases, Renaissance murals, and the Impressionists, before his attention would finally alight on the latest development in this illustrious history, your (if you were lucky) piece from this week. His 1978 book, Revealing Illustrations, in which he turned the lens on his own work, is no collection of greatest hits, but a thoroughly candid dissection of his work process, including a generous selection of preliminary sketches and reference photos, and it set the template for the blog posts on my own illustrations that have appeared in this space over the past several years. I am honored to share periodical space for the first time ever with the man who helped set me on my career path. 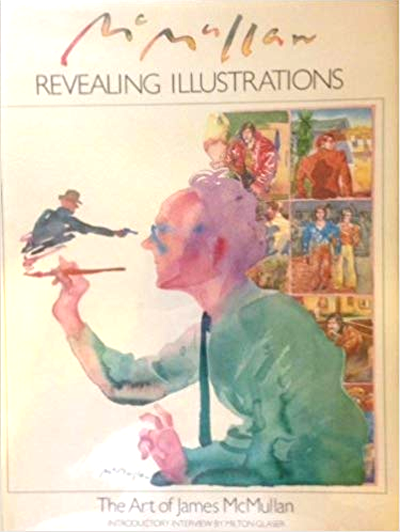 My own contribution to issue #10 builds on the poem I contributed to issue #9, this simple haiku: 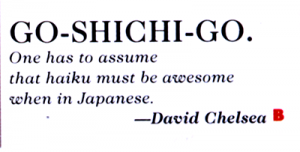 Well, I may not be the most appreciative reader of haiku, but I like writing them well enough that I decided to write an entire comic in haiku, getting in some tasty nudity as well: 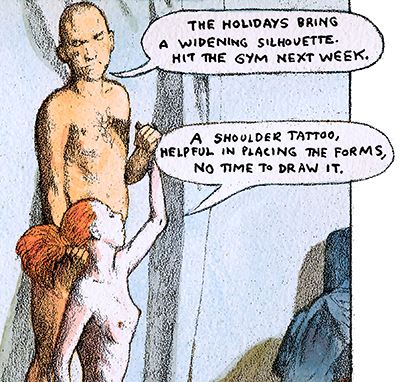 For this piece I went with my reliable technique of coquille board combined with watercolor in Photoshop. Since I have noticed a tendency for my art to darken considerably in print, I made the colors as light as I dared: