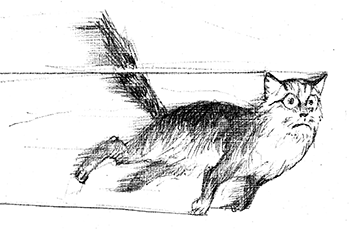 I drew my 21st 24 Hour Comic alone in my studio on this past 24 Hour Comics Day, Saturday and Sunday, October 3-4, beginning at 8 am and ending up exactly 24 hours later. The comic was drawn as a fundraiser for various Democratic political campaigns, including Biden for President, Amy McGrath for Senate, and the Democratic Senate Campaign Committee. Sponsors pledged a given amount for each page I completed. 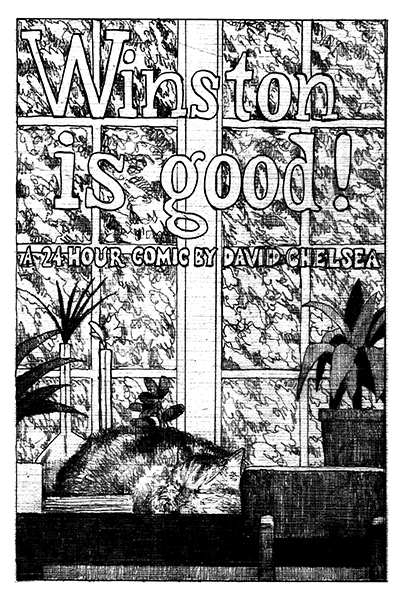 This comic features our family cat, presumed Maine Coon cross Winston. (A decade or so ago, I drew a 24 Hour Comic featuring Winston’s predecessor Bingo. That comic appears in my first 24 Hour Comic collection from Dark Horse, Everybody Gets It Wrong!)

BINGO THE CAT appears in the collection EVERYBODY GETS IT WRONG!, from Dark Horse, which you can order from Amazon:

Winston recounts his experience of the turbulent past year, takes you through a typical day, and outlines some of his pet likes and dislikes, before the story veers into surreal territory, dramatizing some of my dreams about Winston:

I drew the story in pencil on linen finish paper. I had hoped to be able to draw more than one page an hour by skipping the inking stage, the way I had with last year’s ink-only comic, but the penciling was so involved that I was only barely able to keep pace. 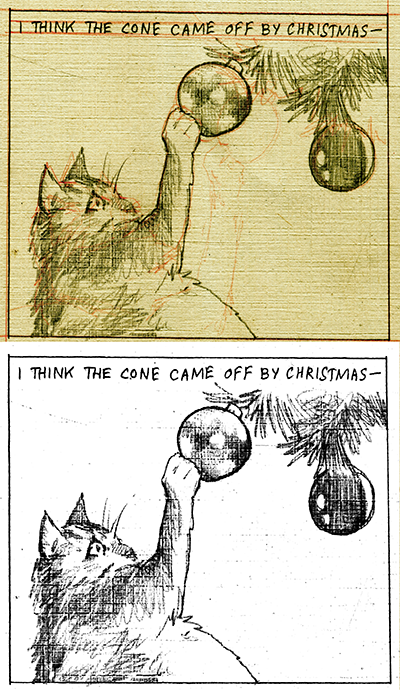 The events of the past year leave little impression on Winston, but he does note September’s wildfires: 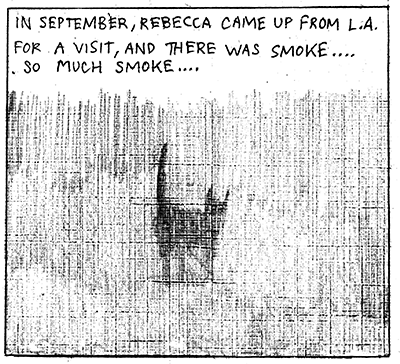 Thanks to all my sponsors: Matt Burkholz, Eve, Ben, Rebecca & Anny Celsi, Lisa Guggenheim & Rob Daitch, Jonathan Dubay, Ivan Pyzow, Gena & Jules Renaud, Jeff Seats, Beth Sparrow, Barbara Stross, and John Weeks. It’s not too late to join them! Simply donate an amount (ideally, some multiple of 24) to one of the designated campaigns, and inform me of your donation (you can use the contact link on the website) and your street address in order to revive a handsomely home-printed and personally inscribed copy of the comic. It’s the only way you can read the full comic, since I have no plans to post it on Patreon!