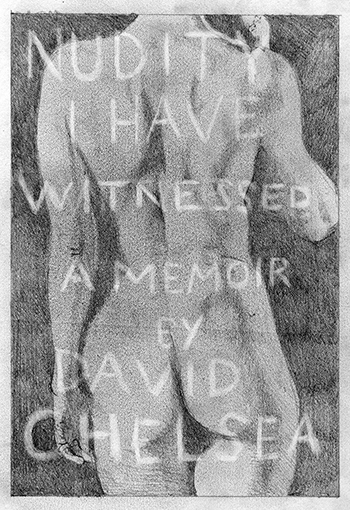 I completed the final panel of the final page of my most recent 24 Hour Comic at ten in the morning of Sunday, October 2nd, only four hours behind schedule (according to rules laid down by 24 Hour Comic inventor Scott McCloud, this is an acceptable variant- some projects just take longer, and this one involved a prodigious amount of shading). My final count was 23 pages and a cover image- which I consider a page on its own, but your mileage may vary. As promised, the story is titled Nudity I Have Witnessed, and it is a memoir of my years drawing the figure at Hipbone Studio and elsewhere.

Here is the terrifying blank page I faced on Saturday morning: 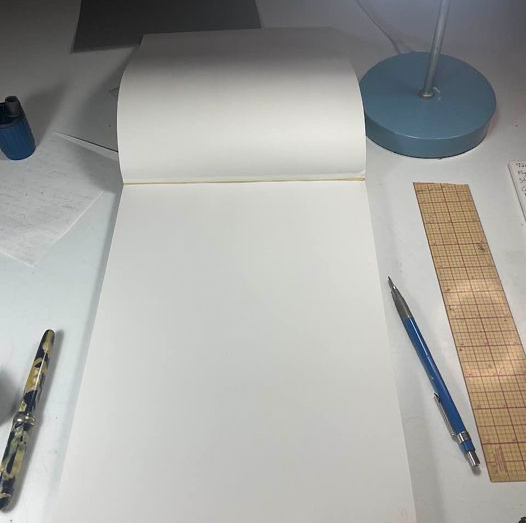 My ritual is to drink my first coffee after a week of abstinence at the one third mark, after completing page eight. Here is the (oddly orange) ceremonial cup: 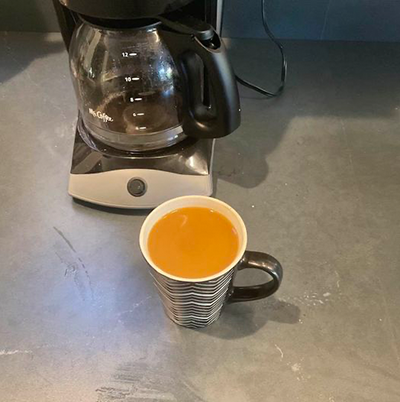 And here are some pages in progress: 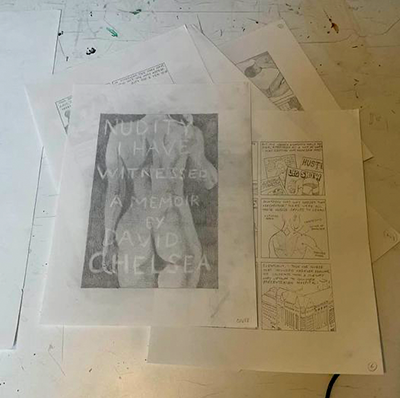 The story is a memoir of my years drawing from the figure at various studios in Portland and New York.  It includes my time drawing cadavers at Columbia Presbyterian Hospital in New York, where I encountered this guy:

It was around the same time I first met Jeff Burke, a very
cut model whose articulation rivaled that of a cadaver: 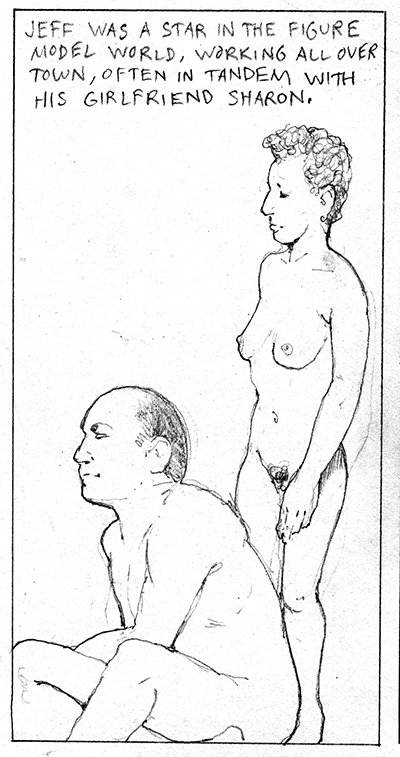 I encountered Jeff and his wife Sharon again years later in Portland, where they had started the Hipbone Drawing studio.

The comic goes into my working method of smearing graphite dust on the paper to create a midtone, and sparing out highlights with a kneaded eraser, and it also recounts my history with the camera lucida: 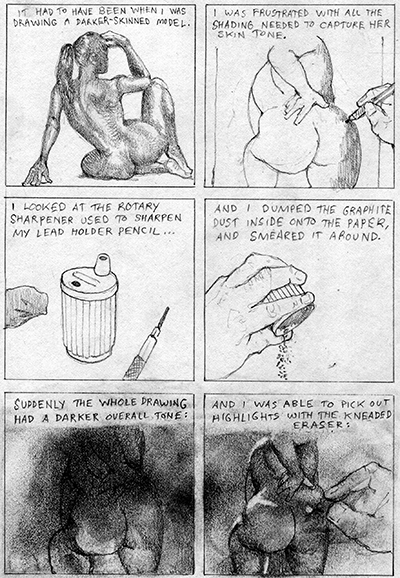 As in previous years, the comic was done as a benefit, with sponsors pledging a given amount for each page I complete. The sponsors had a choice of benefitting either Hipbone Studio, which is is trying to put itself on a sound financial footing in the face of rent increases, COVID and the retirement of Jeff Burke, and Democratic candidates (as my email continually  reminds me: “Our majority is on the line!”). Word reaches me that the comic has raised $469 for Hipbone, and an unknown amount for Democrats.

It’s not too late to get in on the action! Just get in touch with me through the email link on the website and inform me of your contribution. This is strictly on the honor system, since payments do not need to pass through my hands, and basically ANY sum can be a multiple of 24 if you allow for fractional cents. Sponsors receive a handsomely home-printed copy of the comic- and this is the ONLY way to see it, since I have no plans at this time to share it online.