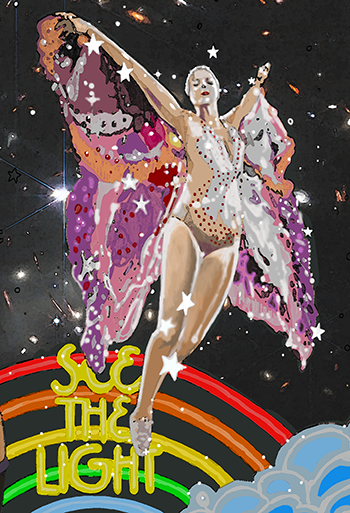 The digital version has been out for a while, but it never seems real for me until I get my three contributor’s copies of the American Bystander’s latest issue in the mail. This one has a 70s theme, and contains a comic based on my bicentennial dream diary. 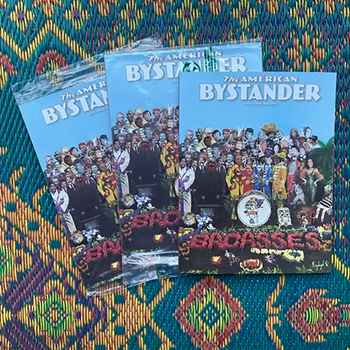 My 1976 era dreams are as random as the ones I have today, and the cast includes a strange assortment of 1970s celebrities, among them Bob Newhart, Goldie Hawn, Rudolph Nureyev, the cast of the Mel Brooks opus Silent Movie, and Paul Revere And The Raiders: 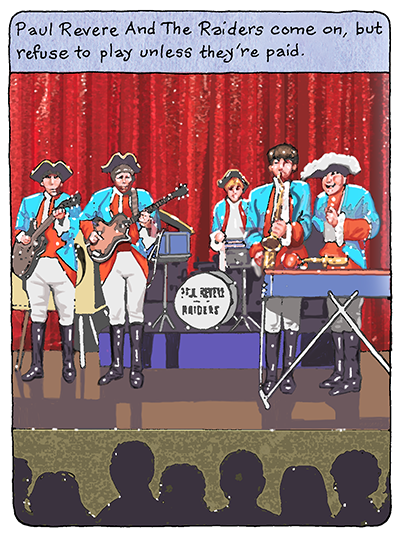 Unfortunately, this 70s-themed issue of the Bystander represents something of a missed opportunity for me. I drew a series of anagrams riffing on the name of Spiro Agnew, who was Nixon’s first Vice President, way back in 2016. At the time I was expecting they would run in the magazine, but after initially saying yes, Bystander editor Michael Gerber backpedaled, saying that he was already running enough “hoary” material. Fair enough- Spiro Agnew hasn’t really been a name to conjure with since about 1973, and I filed it away. I SHOULD have remembered Agnew when Gerber put out a call for 1970s-themed pieces for this most recent issue, but it entirely slipped my mind. No matter, if the Bystander puts out any 70s-themed issues in the years to come, I’ll be ready. 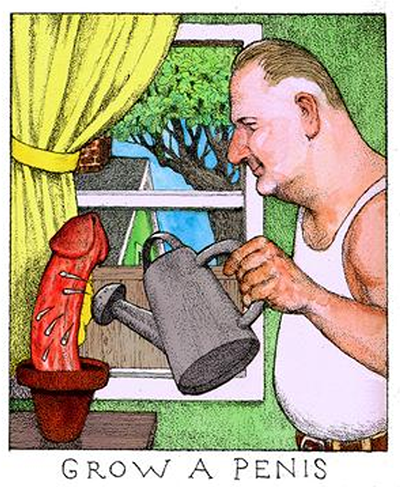 I just drew a new set of Agnew anagrams, my first in six years, for my Patreon page. Check them out here!