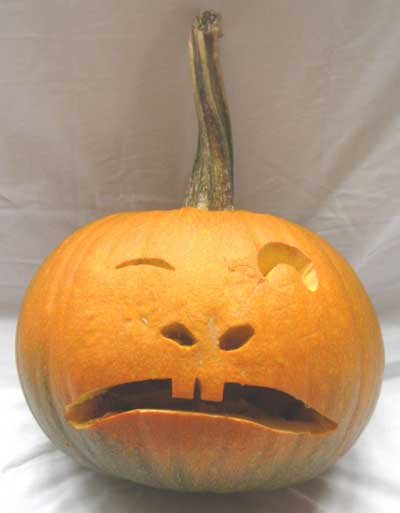 This year I opted for a simple face suggested by the bumps and ridges already on the pumpkin. END_OF_DOCUMENT_TOKEN_TO_BE_REPLACED