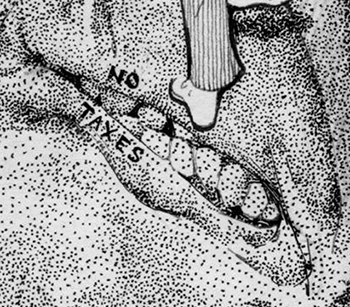 I had relatively few occasions to draw the first President Bush, who died last Friday, during his single term. Probably the best was the first, a party invitation for Inaugural Day at Eve’s and my loft in New York. This was only ironically a celebratory occasion; we were good Democrats who had supported Bush’s opponent Michael Dukakis. I actually painted a caricature of Bush on our floor for guests to dance on, though it was not as detailed as the one on the flyer:

END_OF_DOCUMENT_TOKEN_TO_BE_REPLACED 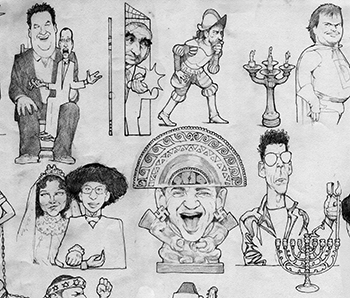