I recently wrapped up work on SANDY & MANDY, an upcoming story for DARK HORSE PRESENTS, so here are some more preview images from it. The sequence of panels below shows my working method, from sketchbook rough to pencil to inks to watercolor to the final assembled frame:

David Chelsea is reading:
The Invisible Bridge: The Fall of Nixon and the Rise of Reagan
by Rick Perlstein


This story went through more than a few changes from the original version in my sketchbook to the final color comic. Sandy & Mandy started out as CANDY & Mandy, and they looked considerably different. Mandy lost her baseball cap and sneakers in favor of a Pebbles Flintstone topknot and crocs, while Candy/Sandy went through a total makeover, from a soccer mom look to milkmaid braids and a peasant blouse (she also acquired my favorite style of eyewear, round black glasses); it all has to do with a plot development that I won’t spoil: 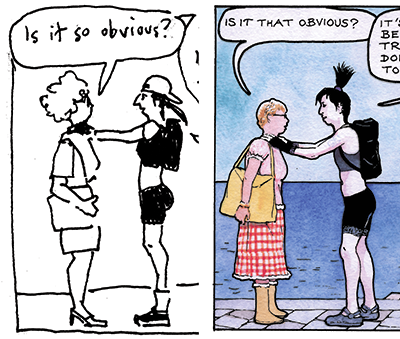 Sandy & Mandy’s friend Colleen changed less; in both versions her look derives from this still of Shelley Duvall in NASHVILLE: 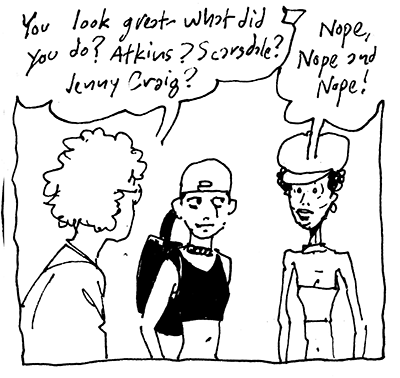 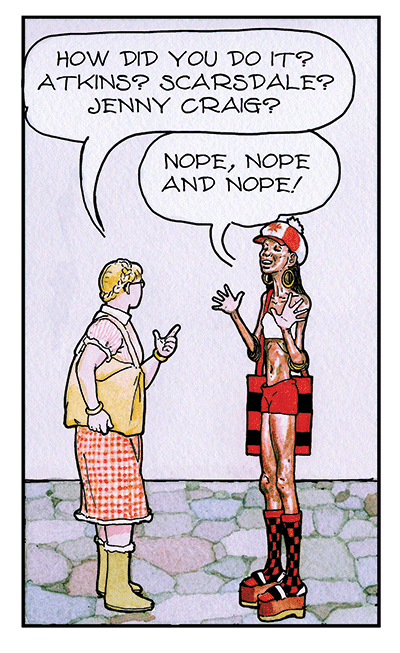 When I began work on this story both of these characters were new, (I have since used both of them in 24 Hour comics) so I did some  exercises to get familiar drawing them. Here is an early set of model sheets, before Mandy got her topknot. I later rethought her tattoos, eliminating the eye on her navel and shifting Snow Angel from her back to her bicep:

I went through a few sketchbooks and copied old one minute poses from life class, substituting Sandy & Mandy’s heads. Don’t get too excited- there’s no nudity in the comic itself:

Next up- the men of SANDY & MANDY!