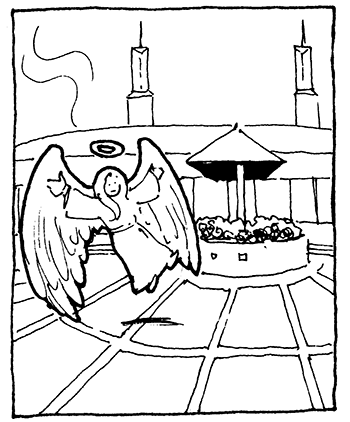 It’s First Thursday, and time for another new comics story on Patreon. You can check it out on my Patreon page here. This month’s selection is SNOW ANGEL GOES TO A COMICS CONVENTION, which premiered at Wizard World as a mimicomic under the title SNOW ANGEL’S COMICS CONVENTION COLORING BOOK (Because this story is on the long side, I have divided it into two parts. Part two will appear in June).


I left a copy open at Wizard World for passing attendees to color; some of their color choices were refreshingly bold: 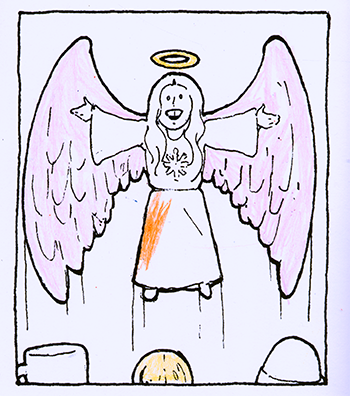 In the panel below, Snow Angel is in her off-duty guise of a little girl named Angel. Her brother Aidan is in costume as Snow Angel, however, for complicated reasons. Not to worry; the real Snow Angel shows up eventually: 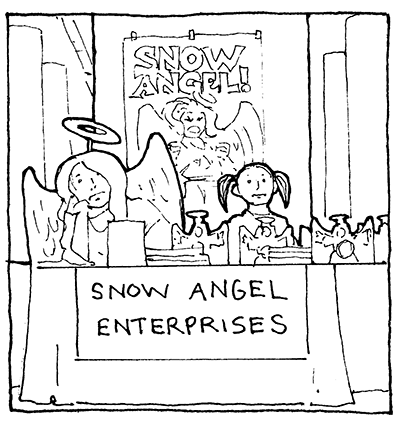 There is a controversy swirling through Facebook, if nowhere else, about the role of “cosplayers,” those people who like to attend comics conventions dressed as their favorite comic characters- longtime convention exhibitors resent them for taking up too much space at conventions, crowding the aisles, which makes it difficult for exhibitors to sell, for not spending money themselves, and for being generally ignorant of the history of the medium they celebrate. I couldn’t resist taking a tiny poke at the issue (I thank Terri Nelson of Periscope Studios for the observation that cosplayers don’t carry wallets): 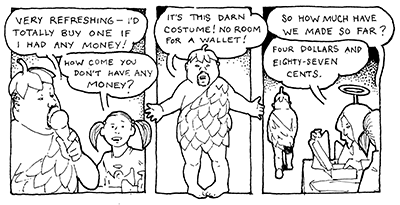 Thank you for your very kind attention. And if you like what you see, please $how your $upport!