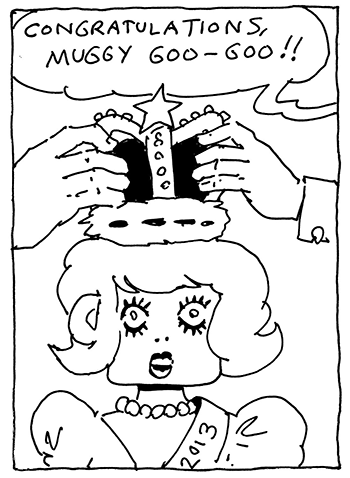 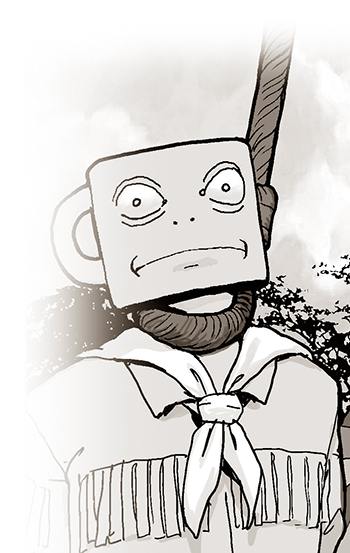 It’s the second Thursday of the month again, and time for me to post two more pages of my serialized web comic ARE YOU BEING WATCHED?, to Patreon, along with a selection of archived comics– in this case the third and final part of my 24 Hour Comic version of ARE YOU BEING WATCHED?, which serves as something of a first draft for the webcomic.

David Chelsea is watching:
Rewind This!
with Atom Egoyan


In the webcomic, Mugg concludes his adventure in the Old West, and finds himself back in the devil’s office with some paperwork to complete. The 24 hour sequence is considerably further along in the story, and includes scenes which riff on familiar Reality TV shows Hoarders and Honey Boo-boo, as well as an imaginary show in which cartoonists compete to draw the best 24 Hour Comic. If you smell sequel, you’re right– the next 24 hour comic I drew, titled ALL DAY AND ALL OF THE NIGHT, takes place entirely at the taping of that reality show. I will begin serializing that comic next month.

All my comics content on Patreon is free for anyone to look at, but if you like what you see, feel free to $how your $upport!

Meanwhile, I think this morning’s live radio interview on KBOO-FM went well. I’ll know for sure when the archived version appears on their website. If it’s not a total embarrassment, I will post about it here.