The votes are in, and by an overwhelming margin my subscribers have chosen to make Fan Art the new First Monday feature on my Patreon page (the other choice, Looping Gifs, got zero votes). 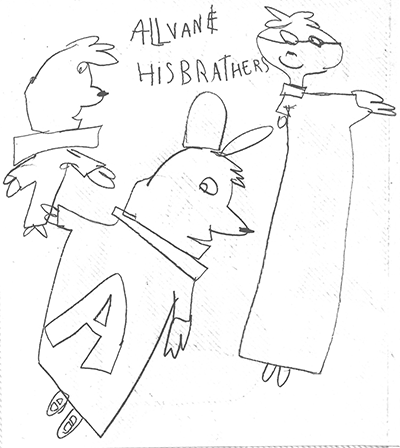 Most of what I’ve posted this month are archived drawings by my toddler self of television cartoon characters like Quick Draw McGraw and Woody Woodpecker, which were lovingly compiled in an album by my aunt Anita Sherman. However, one fan requested images of the shape-shifting Muslim superhero Ms. Marvel, so I’ve posted a couple of her as well: 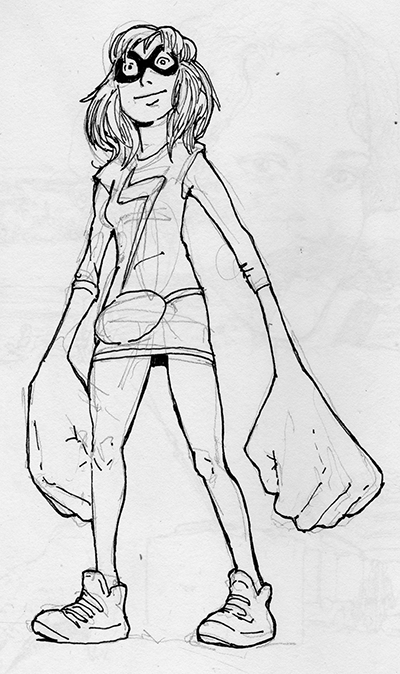 My daughter Rebecca contributed this lovely drawing of Snow Angel taking a selfie:

Also this week, two more pages of ARE YOU BEING WATCHED?, my continuing webcomic about Reality TV. In this installment, Mugg winds up his experience on Expulsion Island to find the devil up to some casual mischief: 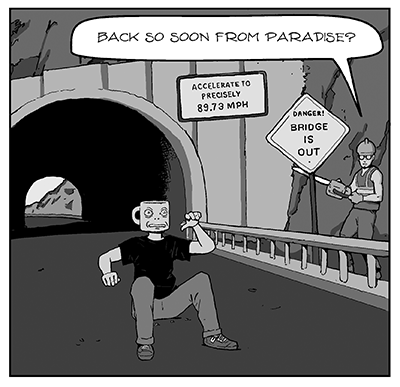 Continuing the Survivor watch, after engineering the ouster of Vytas last week, my family’s favorite contestant Spencer Bledsoe found himself in danger when his alliance-mates Shirin and Abi-Maria had a falling-out, which resulted in Abi-Maria deserting their alliance for one led by Terry and Jeff. Fortunately for Spencer, the alliance targeted Shirin instead of him, so he’s safe for one more episode at least.