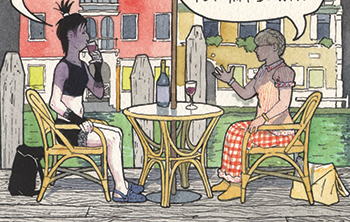 Today, Wednesday November 18th, 2015, is the day you can finally march into your friendly comics dealer’s shop, and buy a copy of Dark Horse Presents #l6. This issue of the award-winning comics anthology has a double cover by Brendan McCarthy and Mike Mignola, and features new chapters of Carla Speed McNeil’s Finder, Alex de Campi and Jerry Ordway’s Semiautomagic, and Shawn Aldridge and Julius Gopez’s Last Act! Most importantly for Chelsea fans, it contains the first installment of my three-part story, SANDY & MANDY!


Designed specifically to pass The Bechdel Test, this is a somewhat plotless idyl about two female friends who window-shop, share a bottle of wine, and ponder the deep philosophical questions: 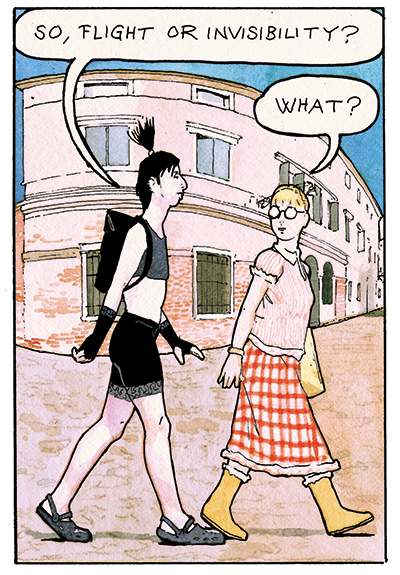 I hope this is not too much of a spoiler, but it looks like they’ve decided on flight: 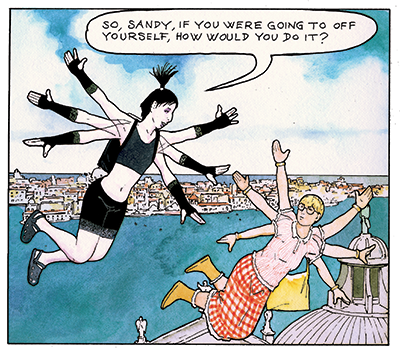 By the way, if you don’t have time to go to the comics store, you can buy the digital version of Dark Horse Presents #16 here!

Although this is the very first story I drew using these characters, because Dark Horse Presents has an extremely slow production schedule, it is not the first one to appear. Followers of my Patreon page will already have seen Mandy as the reluctant love interest in my 24 Hour Comic ARE YOU BEING WATCHED? (which began a three-part serialization here), as well as the redrawn and expanded webcomic by the same name, which begins here.

Mandy reappears as a clipboard-toting production assistant on a Reality TV show about 24 Hour Comics in which Sandy is a contestant, in the 24 Hour Comic ALL DAY AND ALL OF THE NIGHT, which was also serialized on Patreon. Here is part one. 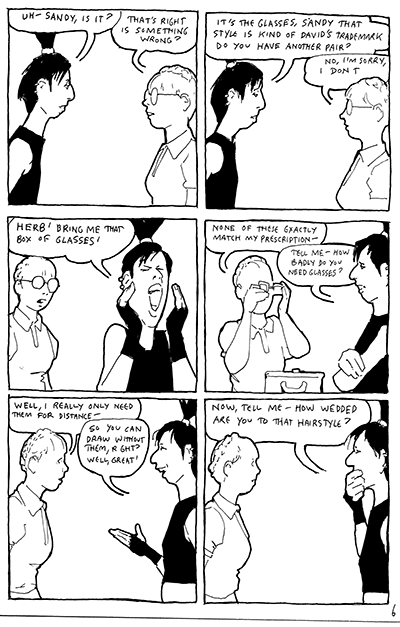 I posted a number of times on my blog about this story while I was working on it. I will be rerunning these posts over the coming weeks, as well as new material relating to SANDY & MANDY. I will also be serializing CANDY & MANDY, the sketchbook precursor to this story, on Patreon beginning next month.