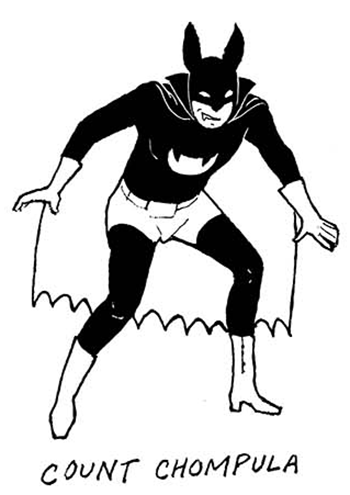 Since it’s Thanksgiving, just a short post today. The conclusion of my serialized Snow Angel story goes up on Patreon today. Actually, the story part of the story wound up last week; this week it’s extras- a paper doll of Lady Goddess, and action pose pinups of The Congress Of Crusaders:

David Chelsea is reading: How About Never–Is Never Good for You?: My Life in Cartoons
by Bob Mankoff 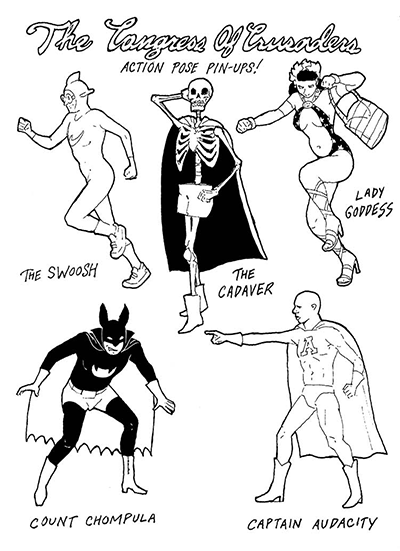 Although it’s Fourth Thursday, I’m skipping the hangout. You know, Thanksgiving. Next week on Patreon: ARE YOU BEING WATCHED? returns!

On the Spencer Watch, last night was a double episode of Survivor. On the first half, Joe, the invincible Golden Boy who keeps winning Immunity Challenges, won yet again, and opinion settled on Stephen Fishbach, the nerdy schemer who is just a bit TOO eager to make “big moves”, as the one to go. However, Jeremy, who is in an alliance with Steven, pulled out an Immunity Idol at the last minute to save Fishbach from the chopping block, so instead it was Ciera who had her torched snuffed (I can’t remember which side Spencer was on).

On the second half, Spencer pulled out an unexpected victory over to Joe to win his first immunity this season. It seemed a golden opportunity to get rid of Joe, but Spencer instead decided to target Fishbach, and got his alliance members to go along. At Tribal Council, Fishbach, sensing danger, used an “advantage” he had won earlier in the game, which allowed him to cast two votes, and neutralize another player’s vote as well. However, it was not enough to overcome the votes against him, so Stephen went home (this may have been a relief; he was visibly suffering from swollen feet and galloping diarrhea throughout the episode). The Tribe Has Spoken. My nephew Ivan’s former college roommate is now two steps closer to winning the million dollars.