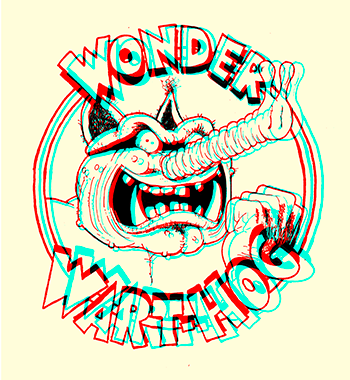 Yesterday was First Thursday, when I post Fan Art to my Patreon page. This month I have something extra-special for my loyal Patrons (as well as freeloading site visitors), drawings of characters from Zap Comix, all in eyepopping 3D!!

Zap is of course the legendary underground comics series, first published in San Fransisco in 1968. The first three issues were entirely drawn by R. Crumb, but later issues expanded to include stories by cartoonists S. Clay Wilson, Gilbert Shelton, Victor Moscoso, Rick Griffin, Spain Rodriguez, and Robert Williams. I was an avid Zap reader back when I was just beginning to draw comics myself, and I was influenced to some extent by all of the Zap artists. I pay tribute to each of them in the drawings on Patreon. Here are notes on a couple of my favorites.

S. Clay Wilson is known for extremely graphic stories involving bikers, pirates, and sometimes both groups together, in violent conflict. His most persistent character is the squat, bald and very evil Checkered Demon, who has a consort of sorts in Star-Eyed Stella. Stella is usually naked, and often tied up, but in the story RUBY THE DYKE MEETS WEEDMAN from Zap #5, Stella is cast as a maid guarding Weedman’s pet demon, and keeps her clothes on until nearly the end (when… never mind). 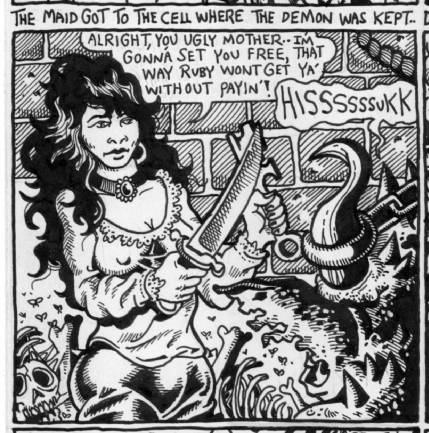 Stella partly inspired my own character, the Girl With The Keyhole Eyes: 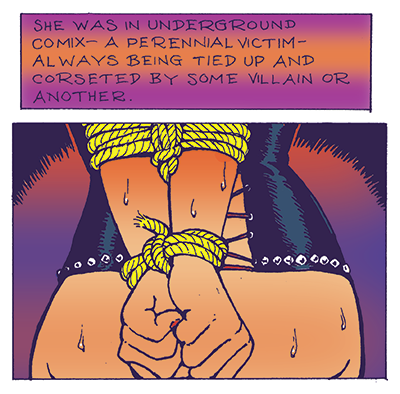 To create the 3D effect, I took my drawing of Stella, cloned it in PhotoShop, and then manipulated the lines on one of the copies, moving them incrementally to the right or left, sometimes squashing or stretching them with the warp tool, to create a stereo parallax effect when viewed with the original. You can cross your eyes to see the result: 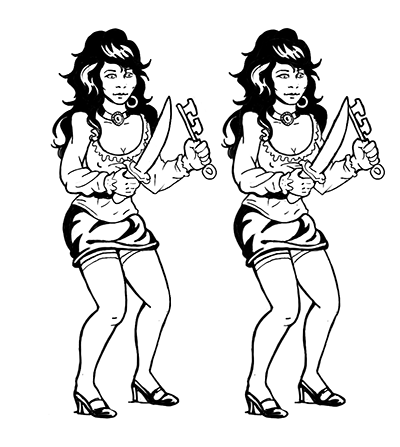 If you are unable to cross your eyes, I have posted anaglyph versions of each drawing which can be viewed through red and blue glasses: 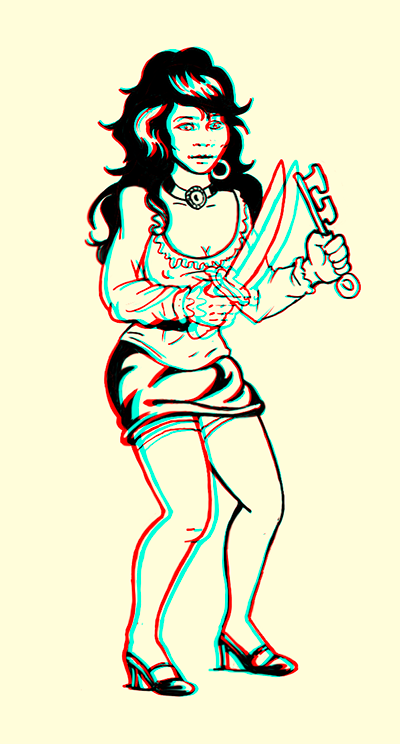 Rick Griffin (along with Victor Moscoso) is the most psychedelic of the Zap artists, far more about the trippy graphics than coherent storytelling, and indeed he is better remembered for his rock posters and album cover art (often for the Grateful Dead) than his comics. He wasn’t really about continuing characters either (he had earlier created a surfer dude character named Murphy, but never drew him for Zap), but he had a few motifs he liked to draw. Stylized figures based on Mickey Mouse or Donald Duck, humanoid insects, and eyeballs with arms and legs (and in this case, a devil tail and wings): 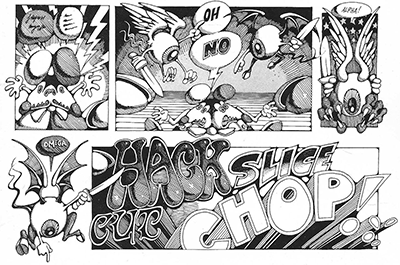 For my Griffin tribute, instead of using PhotoShop manipulation, I mapped my drawing of his eyeball character onto a mesh model in the 3D application Lightwave, and applied a grayscale displacement map to raise or lower areas of the model in a way that resembles an embossed greeting card: 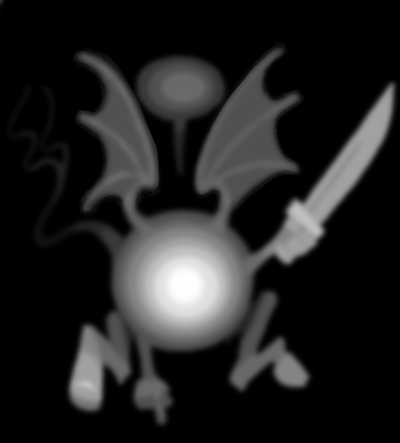 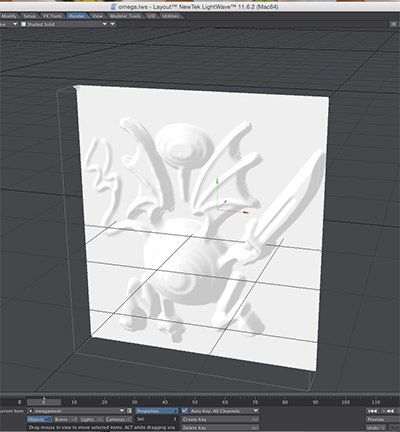 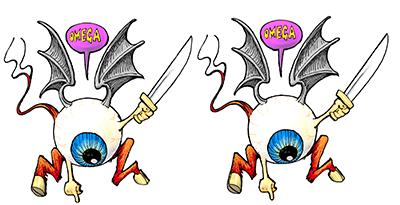 You can see my other drawings paying tribute to Zap artists Crumb, Shelton, Moscoso, Spain, and Williams on my Patreon page. All content is free, but if you like what you see, tell your friends, and $how Your $upport!