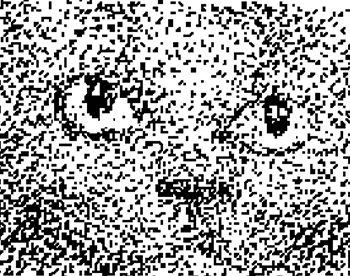 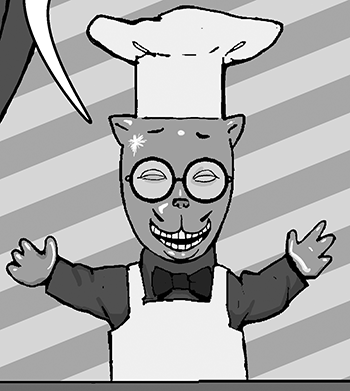 It is the Second Thursday of the month, when I always post comics from my archive on my Patreon page. I had hoped to be able to post some pages from WELCOME TO THE ZONE with revamped art, but I am lagging a bit on the schedule, so that will have to wait until next month. Instead, I am posting more PalmPilot strips from 2004-2005, my first foray into digital comics (and, since these were posted at the time on the Comics Lifestyle website, I guess they qualify as my first webcomic series). These strips are a bit of a time capsule, including a lot of topical material about the 2004 election:

(If you can’t put your finger on exactly who Paul Hamm is, you are not alone– I had to Google him myself. Turns out, he was an Olympic gymnast).

Due to the limitations of the Notepad drawing program these were done in, the drawing is fairly crude, and the lettering even more so. However, they do have one unforeseen virtue– the vertically stacked format is ideal for displaying on contemporary phones. Pulling these old strips out of mothballs has inspired me to begin another vertically stacked comics series, which I have been posting intermittently over the past two months on Patreon. “End Strips”, are short comics drawn on strips of paper trimmed from larger pieces, which I had saved over the years and not found a good use for before this. I will do a blog post on this series very soon, but for now this one example will have to do:

Meanwhile, on ARE YOU BEING WATCHED?, Mugg and Mandy are cooking for cats on the Reality TV show Kibble Kitchen. Given the clientele, Mandy is having a SLIGHT problem explaining the charity she’s cooking for, which advocates keeping domestic pets indoors to spare songbirds. Which “domestic pets” exactly?: 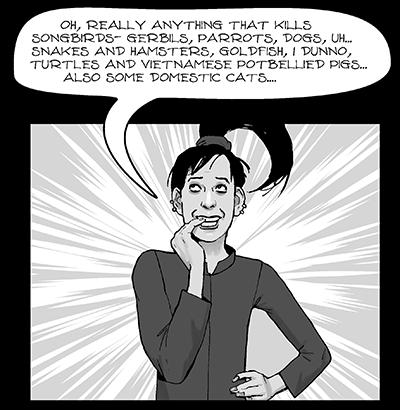