I recently blogged about Saturday’s Symposium UNDERGROUND USA, a nostalgia-fest about how awesome Portland’s underground papers, the Willamette Bridge and the Portland Scribe were. Tomorrow I talk about the event on KBOO-FM’s comics program Words And Pictures with fellow panelist Patrick Rosenkranz and KBOO host S.W. Conser. Listen in at 11:30am on 90.7 FM or online.

David Chelsea is reading: What If?: Serious Scientific Answers to Absurd Hypothetical Questions
by Randall Munroe 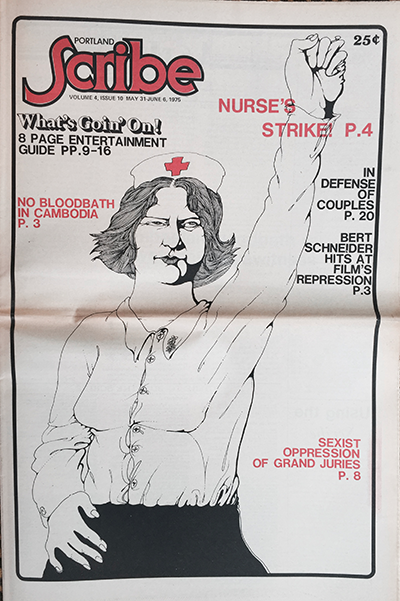 Underground USA is a symposium at the University of Oregon’s Portland campus on October 15th, paying tribute to great underground artists of the Pacific Northwest.

Joining us in the studio is Underground USA keynote speaker Patrick Rosenkranz, author of The Artist Himself: A Rand Holmes Retrospective and The Mythology of S. Clay Wilson. Also joining us is illustrator and cartoonist David Chelsea, whose colleagues at influential underground papers The Portland Scribe and The Willamette Bridge included Norman Solomon, Richard Gehr, and Bill Plympton.

And don’t forget to come to the event itself!