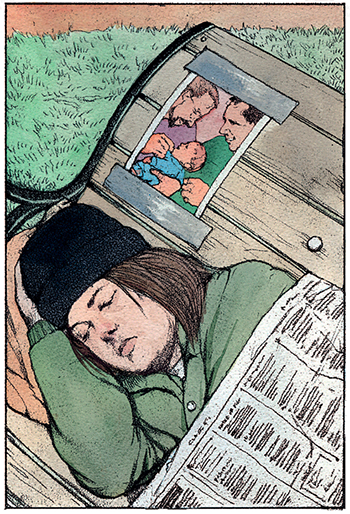 The Modern Love Podcast has recycled another of my illustrations from the New York Times column. In this week’s podcast, the author and advice columnist Dan Savage reads “DJ’s Homeless Mommy,” his 2005 essay about the baggage that can come with an open adoption (that the author reads his own piece is unusual; previous podcasts have almost all been read by movie or television stars).


When originally published, the essay had two illustrations, one depicting the homeless birth mother on her park bench, the other the baby watched over by his two adoptive dads. The podcast saw fit to reuse just the first; here’s the second: 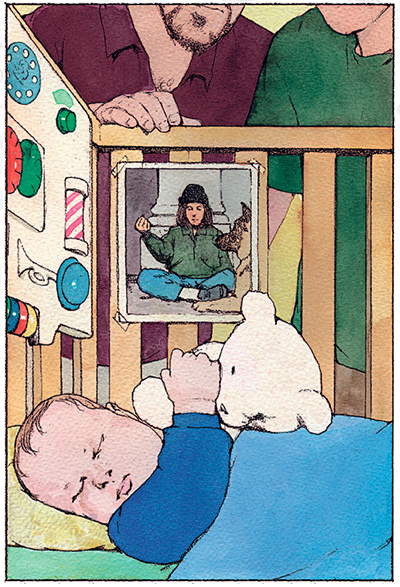 By the way, the reason neither dad resembles Savage is that copy arrived from the editors without an author credit- if I had known he was the author I would surely have drawn him into it. You can read the original essay here.