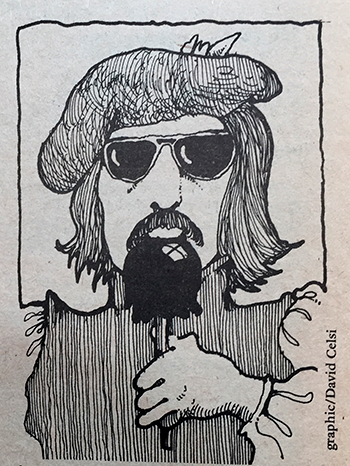 The first Secret Stash posting of the New Year on Patreon is ten more illustrations from my 1970s tenure at Portland’s underground paper, the Scribe. The subjects include such fads of the time as Renaissance Faires and Folk Masses:

David Chelsea is reading: The Caped Crusade: Batman and the Rise of Nerd Culture
by Glen Weldon 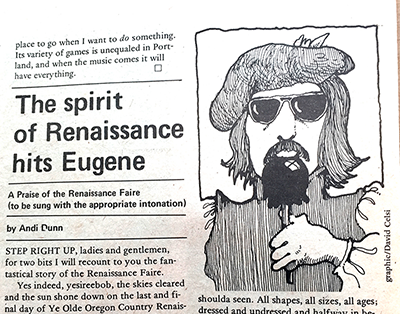 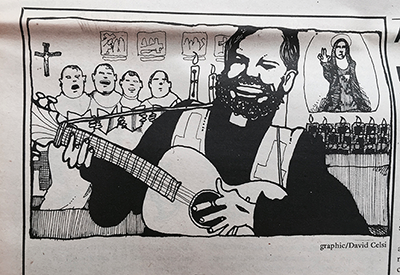 I was definitely the right guy to illustrate the above piece. As a cradle Catholic child of the 60s, I had eaten my share of homemade bread dunked in red wine in lieu of the host, and logged hours mumbling the words to such liturgical chestnuts as YOU’VE GOT A FRIEND and BRIDGE OVER TROUBLED WATERS at ultra-hip folk masses. Favorite sardonic touch: nail holes in the priest’s hands.

Also on Patreon this week, the latest two-page installment of WIPER WOMAN, my most recent 24 Hour Comic. Since Wiper Woman’s superpower is the somewhat cerebral ability to cloud men’s minds to make them remember events the way she tells them to, this story has been short on action, but this week- FIGHT SCENE!: 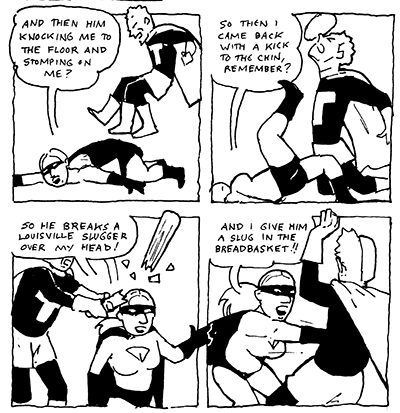 Also on Patreon, I have been keeping up a regular quota of End Strips and Call Slips. This recent one was intended to reassure my friends apprehensive at the prospect of a Trump Presidency that this too shall pass: 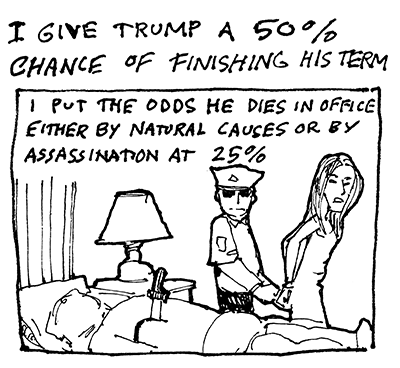 When I posted a link to the strip on Facebook, the response was mostly positive, but one dissenter commented that showing the President-Elect murdered by his wife was in “bad taste”. By way of reassurance, I sent an open message to Melania Trump: “DON’T stab your husband in the back!”

The cadence of this reminded me of the old Noel Coward song “Don’t Put Your Daughter On The Stage, Mrs. Worthington”, and I quickly drew this follow-up strip: