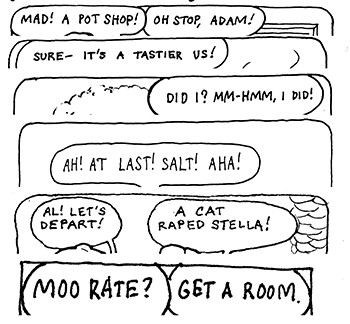 Well, I’ve been in a heavy-duty palindrome phase ever since. The panels below give some idea: 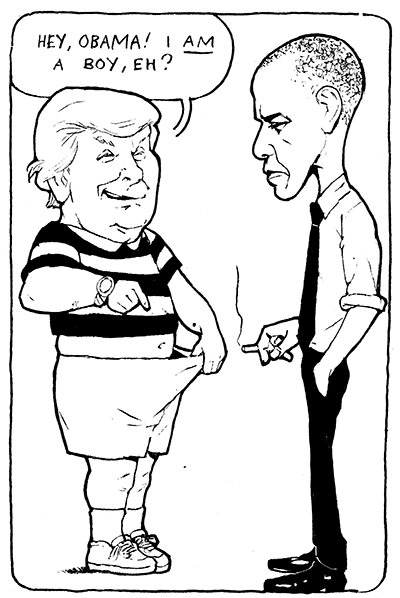 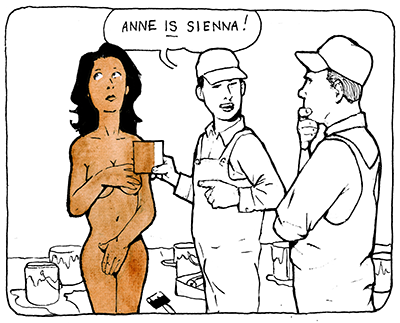 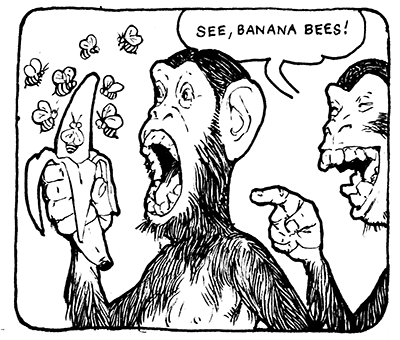 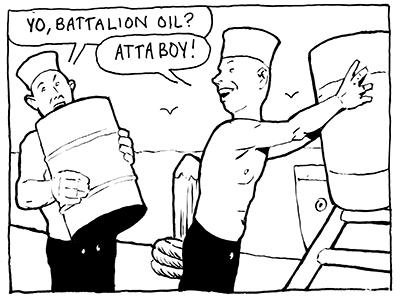 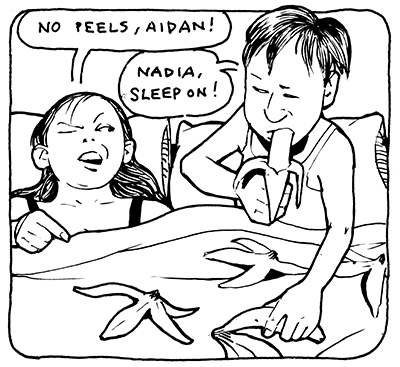 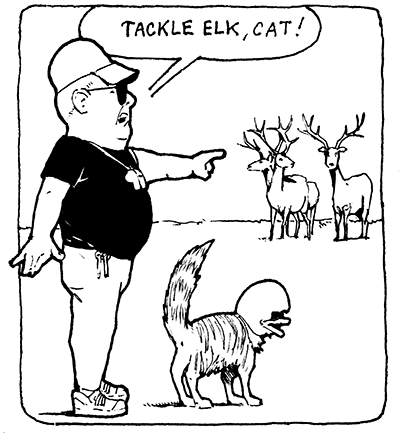 Most of these have been written by Ben, but occasionally I come up with one on my own, such as this one from an all-yarn themed strip: 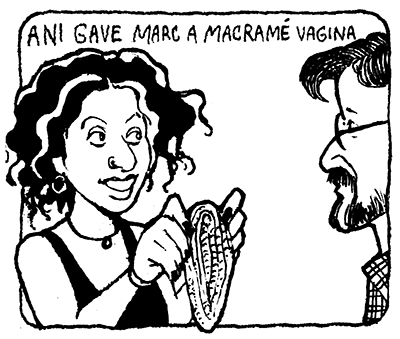 A lot of these palindromes are on the raunchy side, and I put the smuttiest of them in a single strip, which Patreon’s rules required me to put behind a paywall, so you’ll have to become a Patron to see the rest of this one (Not expensive. You can pledge at the $1 level, then quit right away):

Here are links to the palindrome strips posted to date:

End Strip #118: Palindrome Pornocopia  (this is the one that costs a dollar to see)