I had remembered drawing a lot of caricatures of recently deceased Senator and Presidential candidate John McCain over the years, but I was only able to find a few in my archives. This group caricature from the 2000 New Hampshire Primary, drawn for INX, was the earliest. In case you don’t recognize them, the other figures are Texas Governor and eventual winner George W. Bush, Senator and former basketball star Bill Bradley, and Vice President Al Gore: 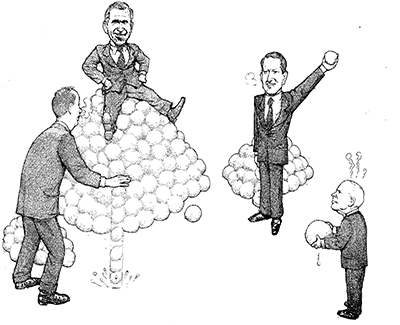 McCain squares off against W: 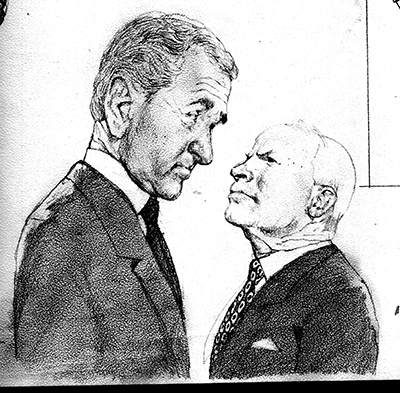 McCain was a self-styled maverick, who often fond himself at odds with the Republican establishment: 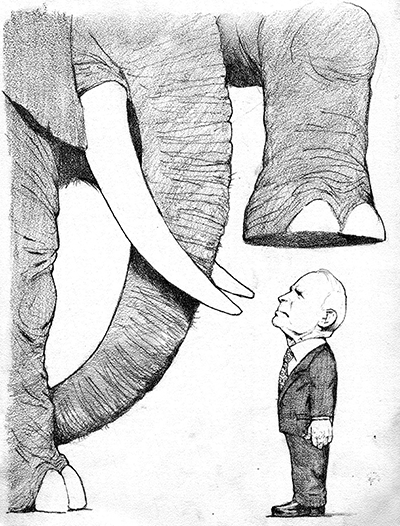 In this undated drawing from the New York Observer, McCain attends some event or other with Jon Stewart: 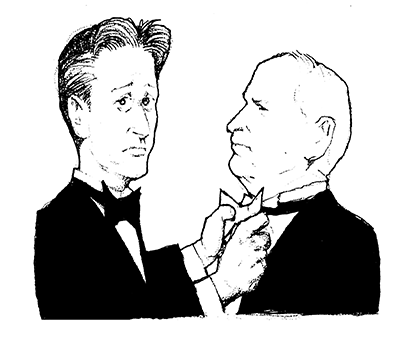 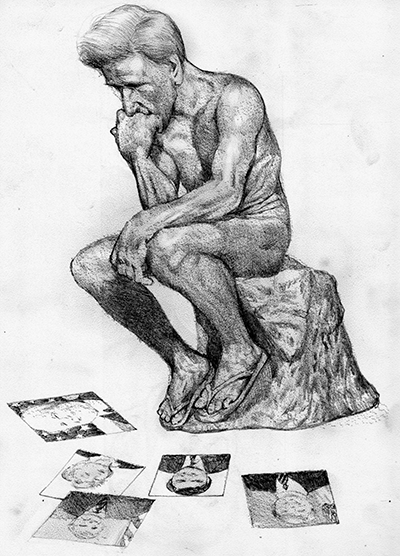 Finally, in 2008, McCain got the Republican Presidential nomination, leaving him the job of taming the elephant (spoiler alert: he lost the election to Barack Obama): 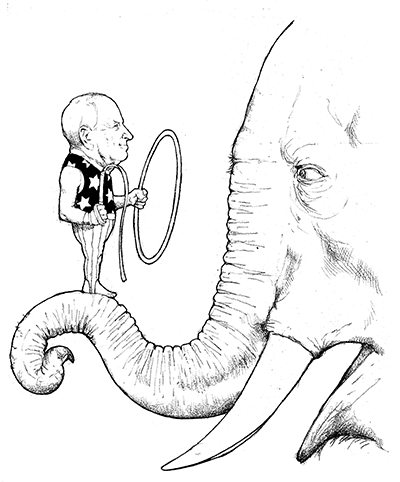 And that’s about it. I’ll have a LOT more old drawings to show when Hillary or Giuliani kicks.