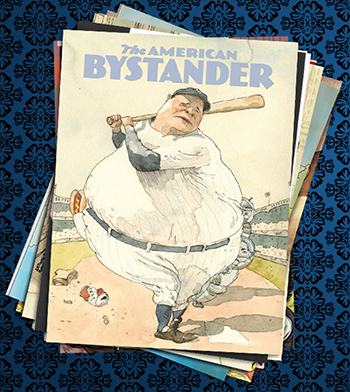 The latest issue of AMERICAN BYSTANDER has just arrived. Well, actually I got the PDF for it over a month ago, but I don’t REALLY think it’s arrived until my package of physical copies shows up on the front porch. This issue continues the high standards the fledgling humor magazine has set for itself, with contributions by mainstays M.K.Brown, Howard Cruse, Drew Friedman, Randall Enos, Ron Barrett, Rick Geary, and Peter Kuper, a cover by Barry Blitt, as well as an illustration by yours truly.


I illustrated a piece by Ryan Nyberg about a war between two rival beach motels, carried out in tourist brochures. I chose to depict this by having the two motels mirroring each other in the swimming pool. Here are my initial roughs: 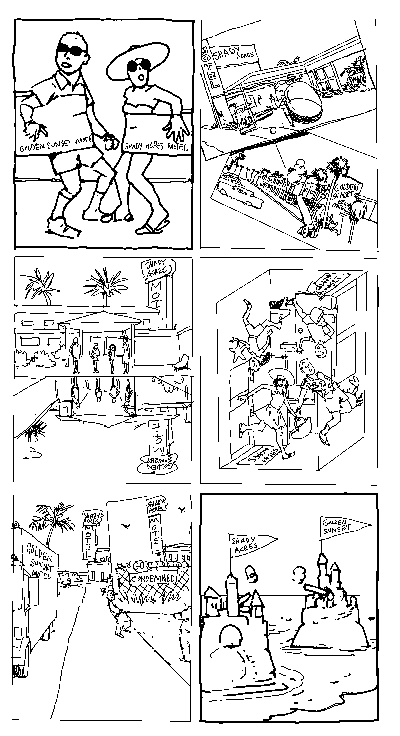 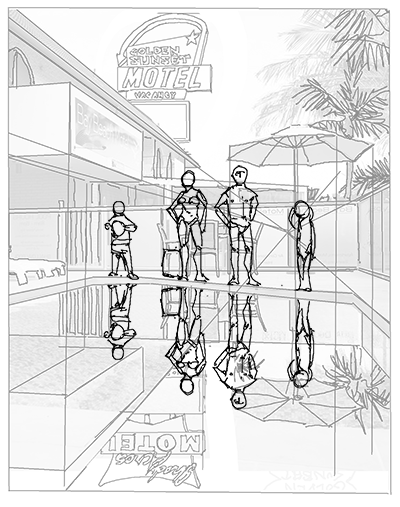 A pencil drawing on coquille board,used as the line layer: 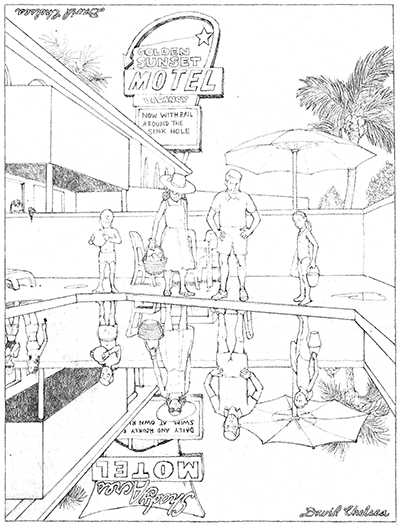 a watercolor painted over a printout of the line drawing: 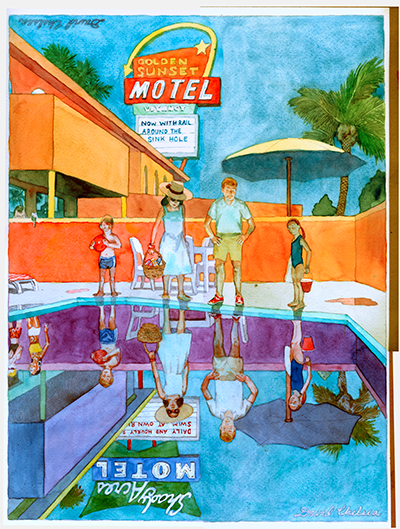 and the final piece, a combination of the line and color with some refinements done in Photoshop. 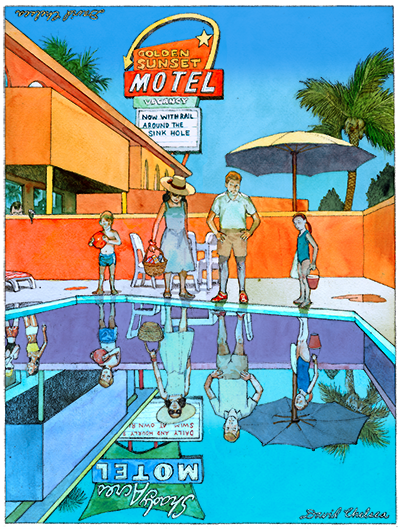