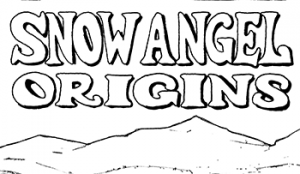 David Chelsea is reading: I Wear the Black Hat: Grappling with Villains (Real and Imagined)
by Chuck Klosterman


It’s been a while since I blogged about the stuff I’ve been posting to my Patreon page, so you may not be aware of the series that recently wrapped up, an Origins comic about my superhero character Snow Angel. Ever wonder where Snow Angel comes from, and where she got her powers? Not even a little bit? Well, this comic gives you the answer- it all began in the crib: 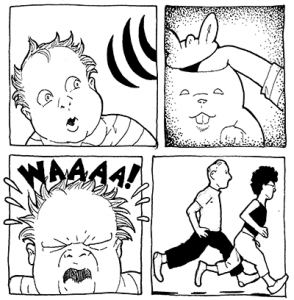 Young Angel has a sixth sense for menaces in the world, but lacks superpowers because she lives in the desert southwest where there is no snow. 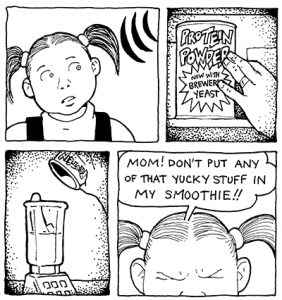 However, that all changes when her family moves to Portland, where of course it snows all the time. 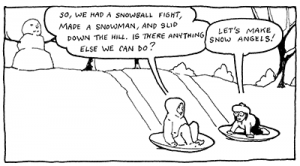 A kid Angel is babysitting introduces her to making snow angels, with surprising results: 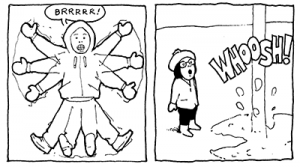 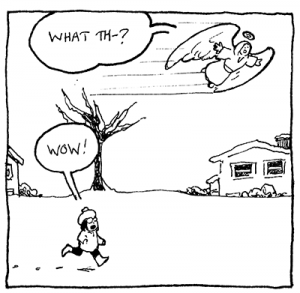 I don’t want to give too much away, but Snow Angel does find crime to fight: 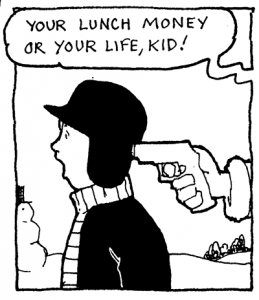 And she meets her personal Yoda, the Guardian Normal Kid: 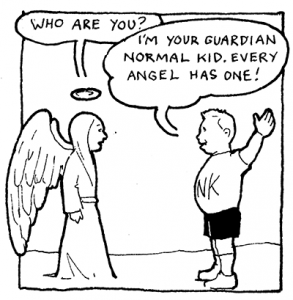 The Guardian Normal Kid previously appeared in SNOW ANGEL ON STRIKE, the final story in DARK HORSE’s SNOW ANGEL book collection. In that story, he and Snow Angel appeared not to have previously met, but consistency is for small minds.

This story clocks in at 28 pages, which makes it the LONGEST Snow Angel story ever! And you can read it from the very beginning, starting with this link.

Here are a couple of other Snow Angel stories you can read on Patreon:

All my comics material on Patreon is free for anyone to view, but you might consider becoming a supporter, just so I can keep my party going. You’ll also have access to plenty of members-only content that I will be blogging about presently.