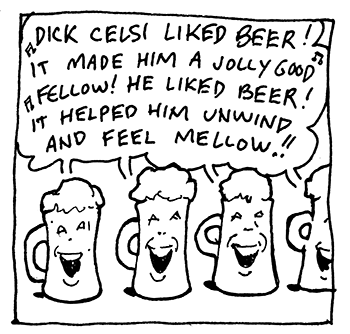 It’s been a busy quarantine, so much so that I haven’t had time for a lot of unfinished business, and that includes something I promised you all back in OCTOBER, a report on my 20th and most recent 24 Hour Comic! 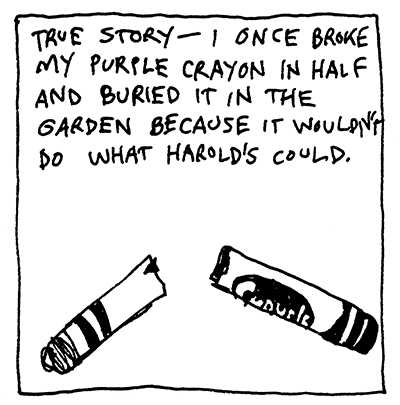 This story is called 24#20, and you can read it on Patreon starting here. What makes this 24 hour comic different from all my previous ones is that this is the first time I skipped the penciling stage, on the grounds of why draw stuff that you’re going to erase anyway? This saved time, enabling me to finish 24 pages, not in the usual 24 hours, but a mere eight. Did it affect quality? I’ll let you be the judges. 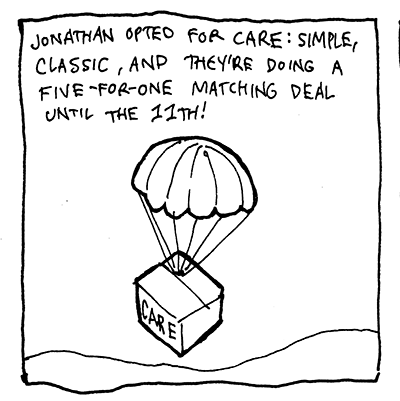 As with a couple of previous 24s, I decided to make this one a fundraiser- only I couldn’t decide on a cause, so I left it up to donors to decide. In the end, I managed to attract only one sponsor, and he chose the venerable charity CARE. The next 24 in October is almost certainly going to be a fundraiser for a political campaign- if not the presidential race, then winning a Democratic Senate.

The story, such as it is, consists of me giving a report on what I did in the year since my previous 24 Hour Comic. As such, it is an interesting time capsule of those innocent days pre-COVID. It includes a milestone birthday: 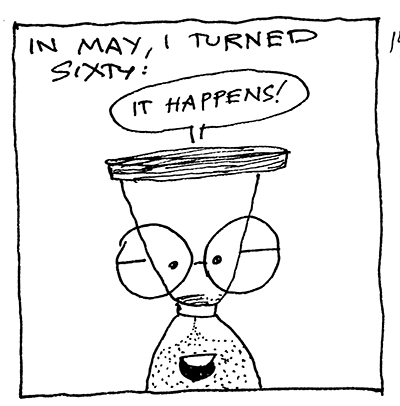 It also included a visit to the annual Democratic Party dinner named for my late father Dick Celsi, at which there was a group sing about my father’s love of beer (I don’t remember Dad particularly liking beer, but maybe this crowd of old party activists knew him better than I did).: 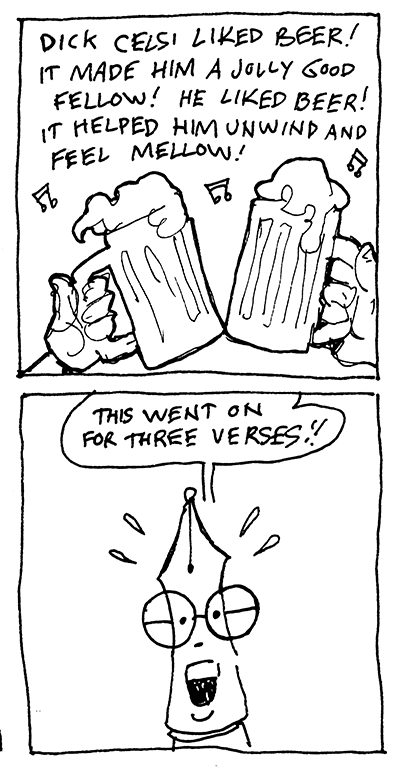 Speaking of family, I include a plug for my sister Anny’s most recent music release Kaleidoscope Heart,an LP on gold vinyl. Buy it here! 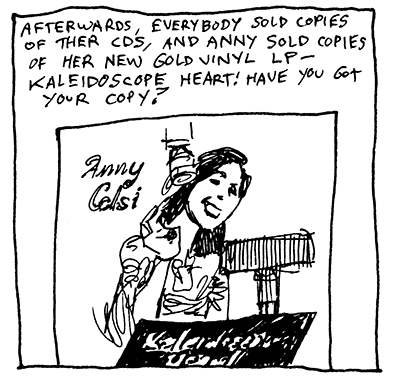 At one point I draw from nude life models for a couple of pages, courtesy of the online drawing studio Croquis Cafe: 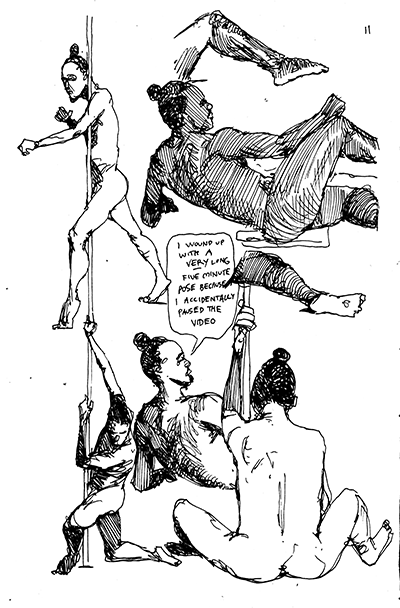 And I mention my animated credits work on the independent film Earthlings, which was THIS close to being released before the pandemic hit: 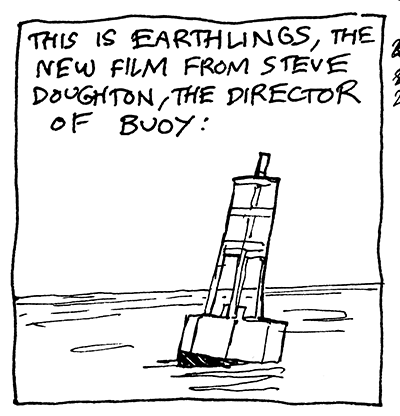 And so, so much more! Check it out for free on Patreon- and if the comic puts you in a beneficent mood, you can sign up for my Patreon page, which entitles you to sponsor-only content like the 1983 sketchbook pages I’m presently posting, and my long-running series of perspective instruction videos! Membership start at the low rate of $1 a month.

Also recently posted on Patreon: a couple of animated versions of palindrome comics done in Adobe After Effects. See all of this one here!:

Also, my new comics series Dream Stuff, based on the past decade or so of dreams I’ve been posting to Facebook. Spot the celebrities, including Daniel Day-Lewis!: 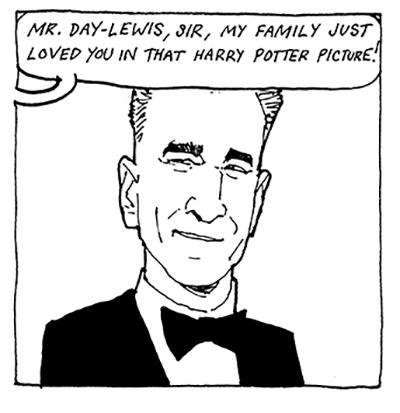 I’ll be back presently to report on my gingerly steps out of quarantine. Good health!