Ben has been busy through the summer attending sleepaway camp, learning to surf, and working on various projects including his Scratch game opus Hotel Griven and a video thriller called Apple Jack The Ripper: The Cereal Killer, but he has also found time to add one more to his series of Presidential portraits.
END_OF_DOCUMENT_TOKEN_TO_BE_REPLACED

Just in time for his Bar Mitzvah on Saturday, here are three Lightwave animations by my son Ben on Youtube: 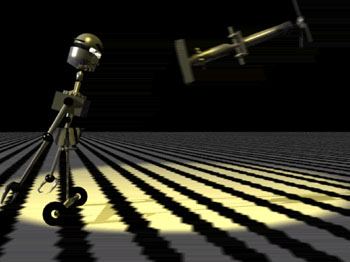 Here is the latest in my son Ben’s series of Presidential portraits.

END_OF_DOCUMENT_TOKEN_TO_BE_REPLACED

For Independence Day, we have a new President, once more painted in black and white by Ben. James Garfield’s Presidency was short (shot in 1881, four months into his term, he lingered on for another two months before succumbing to infection), but he left a considerable mark on American culture: his death inspired a section of Sarah Vowell’s book Assassination Vacation as well as The Fatal Bullet, a fine graphic novel account by Rick Geary, New York stage actor Julius Garfinkle took his name to become the Hollywood star John Garfield, and perhaps most importantly, cartoonist Jim Davis also gave his name to the lasagna-loving cartoon cat beloved by millions. Would Garfield mean as much to us if he had been named Fillmore or Van Buren- or Heathcliff?

END_OF_DOCUMENT_TOKEN_TO_BE_REPLACED 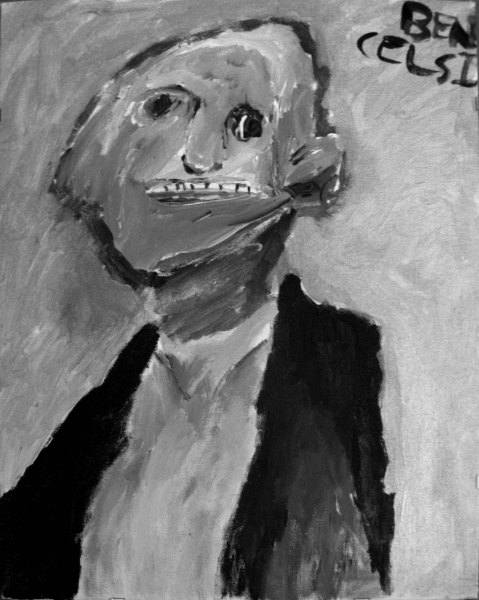